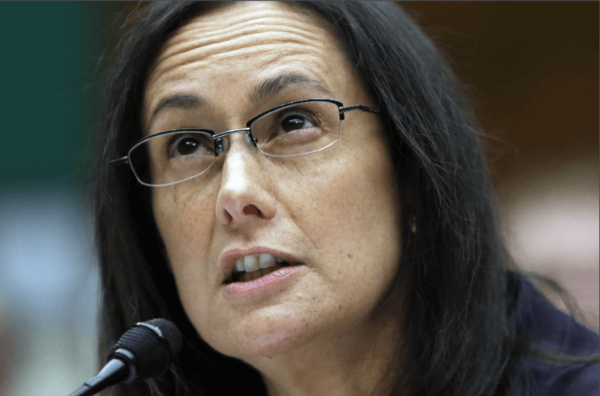 A preliminary report released Dec. 19 by Illinois Attorney General Lisa Madigan shows clergy sexual abuse of minors in the state to be "significantly more extensive" than what the state's dioceses had previously reported, it said. Madigan is pictured in a 2014 photo. (CNS photo/Gary Cameron, Reuters)

CHICAGO — A preliminary report released Dec. 19 by Illinois Attorney General Lisa Madigan shows clergy sexual abuse of minors in the state to be “significantly more extensive” than what the state’s dioceses had previously reported, it said.

In a statement issued just after the report was released, Chicago Cardinal Blase J. Cupich expressed “profound regret of the whole church for our failures to address the scourge of clerical sexual abuse.”

He also said: “It is the courage of victim-survivors that has shed purifying light on this dark chapter in church history.”

The report found that in some cases, the state’s dioceses did not conduct proper investigations into allegations of abuse especially when a priest had died, left the ministry or was a member of a religious order.

The attorney general’s inquiry into sexual abuse by Catholic priests began earlier this year after a Pennsylvania grand jury report revealed 70 years of abuse allegations in six of the state’s Catholic dioceses, starting in 1947. The report detailed allegations of abuse by 300 clergy and other church workers and involving 1,000 minors. It also claimed a church cover-up of abuse in some instances.

In November, the Catholic Archdiocese of Chicago added 10 names to an online list of clergy with substantiated allegations of sexual abuse involving children.

A Dec. 19 statement from the Chicago Archdiocese said the archdiocese has reviewed the preliminary report of the Illinois attorney general’s investigation and said the “nature of the report makes it difficult to discern which generalized findings apply to the Archdiocese of Chicago.”

“First and most important, we recognize and mourn the grave damage done to the many people harmed by clergy sexual abuse. We will always need to own and express deep regret for the suffering caused both by the abuse and the past failures to respond,” the statement said.

It also noted that since 1991 the archdiocese has “maintained one of the first and largest victim-assistance programs in the nation. The assistance ministry and the help it offers is independent of the investigative process. We provide this assistance to anyone making an allegation regardless of when the abuse is alleged to have occurred, whether the accused is living or whether the allegation is eventually substantiated. To date, we have provided assistance to more than 400 victim-survivors and their families.”

It also urged anyone “who has been abused by a member of clergy or employee of the archdiocese to come forward to receive the help and healing they deserve.”

Bishop Thomas J. Paprocki of Springfield said in a Dec. 19 statement that the diocese has cooperated with Madigan’s office for several months and assembled its paper files from 1923 when the diocese was formed.

“We have provided the attorney general’s office with documentation of all allegations of such abuse, whether or not those allegations were deemed credible,” he said, noting that the inquiry prompted diocesan officials to “comb through decades’ old paper files, reviewing cases that involve clergy and laypeople most of us have never met and many of whom are deceased.”

“Revisiting the pain caused to victims of abuse has motivated us to redouble our commitments to the reforms undertaken many years ago and to sustain our vigilance,” he added.

Bishop Paprocki also noted that in the past “a virtuous intent to protect the faithful from scandal unfortunately prevented the transparency and awareness that has helped us confront this problem more directly,” but he also said the diocese is “continuing to learn and strive to improve our assistance for those who are victims and survivors of child sexual abuse.”

The Joliet Diocese said in Dec. 19 statement that the attorney general’s preliminary report “draws several aggregate conclusions for the six dioceses.” It said it had not received any indication from the Madigan’s office that it failed to adequately investigate any allegation of abuse and/or report it to authorities.

It also noted that the diocese had similarly not been informed that it had any inaccuracies or omissions in its files that would prompt additions or corrections to the list of priests with credible allegations on the diocesan website.

“The path of healing and reconciliation is complicated and sometimes takes many years,” the Joliet statement said, adding that the diocese “strives to treat survivors with compassion and empathy throughout this process and beyond.”