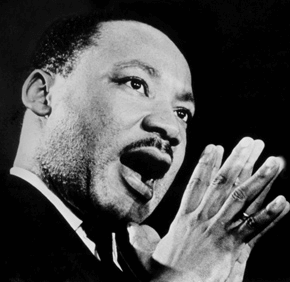 By Elizabeth Lowe
elowe@CatholicReview.org
Twitter: @ReviewLowe
As a young student, I learned about our nation’s history, including the March on Washington for Jobs and Freedom, which drew hundreds of thousands demanding equality for blacks to Washington, D.C., on Aug. 28, 1963.
My classmates and I read that the march is credited with helping pass the Civil Rights Act of 1964, which barred racial discrimination, and the Voting Rights Act of 1965, which prohibited voting discrimination. We listened to recordings of the Rev. Dr. Martin Luther King Jr.’s rousing “I Have a Dream” speech.
The best way for me and my fellow Millennials – those who grew up in what is supposed to be a post-racial society – to fully grasp the march and how it transformed the United States, however, is by talking to people who participated in it or lived through those times.
Bob Duckworth, a parishioner of St. Elizabeth Ann Seton in Crofton, attended the march as a 23-year-old student at The Catholic University of America in Washington, D.C.
“It was quite an event, one of the most memorable in my lifetime,” said Duckworth, 73, clerk of the Anne Arundel County Circuit Court. “I thought I could make a contribution by being in the march. At the time I didn’t realize history was being made. Racial inequality at the time was terrible. It was a time for change and great change did come.”
Duckworth, who is white, recalls a diverse crowd gathered on that hot, humid August day.
“The most important thing I remember is how the crowd became electrified with the cadence of the (King) speech,” he said. “That speech built up at the very end where he said ‘Great God almighty we are free at last.’ The crowd erupted. I’m so happy that here we are, 50 years later, still talking about it.”
Therese Wilson Favors, an eighth-grader at the former St. Cecilia School in West Baltimore in 1963, begged her mother to let her go to Washington.
“My mother wouldn’t let me because she thought I was too young,” said Favors, former director of the Office of African American Catholic Ministries for the Archdiocese of Baltimore and still a parishioner of St. Cecilia. “We all watched as much as we could on the news.”
A few years later, Favors and a friend, who were students at St. Frances Academy in East Baltimore, heard King speak at Coppin State University.
“When he was leaving, we were almost at arm’s length to touch Dr. King,” said Favors, who couldn’t stop talking about that moment for months.
Father Donald A. Sterling, pastor of New All Saints in Liberty Heights, was 15 years old and vacationing on Maryland’s Eastern Shore during the march.
“I remember the TV and radio coverage,” Father Sterling said. “It was awesome to see and imagine that many people in D.C. I had never heard a black leader in that context.”
Agnes Welch, 88, a parishioner of St. Edward in Baltimore and a former member of the Baltimore City Council, remembers King’s speech and the march’s impact.
“We had a lot of hope that change was coming,” said Welch, who watched the speech on TV in her Baltimore home. “The very sound of his voice kind of inspired you. It’s not only a powerful speech; it’s a teaching moment to know change is going to come and we need to love one another.”
The people Welch knew who attended the march were inspired.
“They came back to Baltimore and tried to change things and work toward integration,” she said.
PrevNext