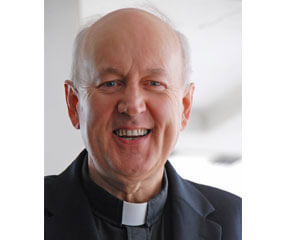 WASHINGTON – Pope Benedict XVI has established a U.S. ordinariate for former Anglicans who wish to become Catholics and named a married former Episcopal bishop to head it.

The Personal Ordinariate of the Chair of St. Peter – functionally equivalent to a diocese, but national in scope – will be based at a parish in Houston. It will be led by Father Jeffrey N. Steenson, the former Episcopal bishop of the Rio Grande who was ordained a Catholic priest of the Archdiocese of Santa Fe, N.M., in February 2009.

The establishment of the ordinariate and the naming of its first leader were announced by the Vatican Jan. 1.

More than 100 former Anglican priests have applied to become Catholic priests in the ordinariate and 1,400 individuals from 22 communities have expressed interest in joining. In fall 2011, the members of St. Luke’s in Bladensburg, Md., and St. Peter of the Rock Community in Fort Worth, Texas, were received into the Catholic Church with the intent of joining the ordinariate.

Members of Mount Calvary Church, an Episcopal church in Baltimore, voted in 2010 to leave the Episcopal Church and become a part of the ordinariate when it is established.

The Rev. Jason Catania, rector of Mount Calvary, wrote in a December message to his parishioners that although Mount Calvary and the Episcopal Diocese did not reach a final settlement in November, “considerable progress was made” and an outline of an agreement emerged.

“I am hopeful that in the coming weeks, the details of that outline will be filled in and a consensus will be reached,” he said. “Then, once a settlement has been signed, a date can be set for our long-awaited reconciliation with Holy Mother Church.”

The parishes and communities accepted into the ordinariate will be fully Catholic but retain elements of their Anglican heritage and traditions, particularly in the liturgy.