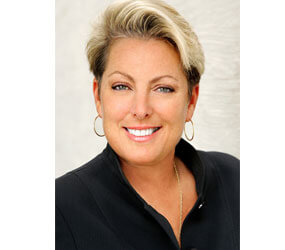 WASHINGTON – Dina Dwyer-Owens, CEO of the Dwyer Group, a collection of home service franchises, donned a wig, pearls and blue jeans to check in on her employees for an upcoming episode of the CBS reality series “Undercover Boss.” And, by and large, she liked what she saw.

“To see how much our employees and our franchisees care is really awesome,” Dwyer-Owens said in a Dec. 15 telephone interview with Catholic News Service from Dwyer Group headquarters in Waco, Texas.

“Being out there in the van with the service professionals and the franchisees for a day or half a day really doing the work that they do, I have a whole new appreciation and respect for these professionals,” she said. “I look at myself and think, ‘I wonder what their day’s going to be like today.’ Their work is hard. It’s hard work. It was hot when I was out there with them, and they were doing it every day.”

When the “Undercover Boss” production team met with Dwyer-Owens before arranging her visits, they asked her what she did in a typical day. One part of her answer was making pancakes for breakfast. Another part was going to Mass.

“My goal is to go to Mass three to four times a week. During the seasons of Advent and Lent, I try to go five days a week,” Dwyer-Owens told CNS. “It just keeps me grounded in doing the right things instead of all the other stuff that creeps into your life.”

Her “Undercover Boss” segment shows her at a morning Mass at St. Louis Church in Waco and chatting with the parish pastor, Father John Guzaldo. Waco is in the Diocese of Austin.

“He’s such a cool priest,” Dwyer-Owens said. “I can text him and he responds.”

There’s a closing segment showing her praying alone inside St. Louis. “I’m not very good on meditating on Bible Scriptures and being focused. I find things I need to do around the home (instead),” she said. “I need to be in a place that quiets me.”

Dwyer-Owens said the routine of near-daily Mass came early in her tenure as CEO after she succeeded her father, who founded the company 30 years ago. The Dwyer Group had bought a company that was bigger than the original Dwyer business, and with the purchase came a seemingly endless string of things to do.

“I found I was getting very caught up in the activities on the to-do list,” she said. “I was finding that I was letting negativity seep into my day. I was getting bogged down by the to-do’s instead of the to-be’s. I found that going to Mass was the best way to keep me grounded and focused on what I needed to do in life.”

Even the undercover name she chose, Faith Brown, has its roots in, well, her faith.

“Everything became faith. I drove by a church and the billboard said, ‘Is faith important?’ I said to myself, ‘You better believe it!’“ Later on, as she was driving past the campus of Baylor University in Waco, she saw a banner that read, “Baylor University. Encouraging Baylor, Encouraging Faith.” “It’s a sign – a sign to me,” Dwyer-Owens said.

Even when reading The Catholic Spirit, Austin’s diocesan newspaper, she noticed that Pope Benedict XVI “announced that this is going to be the Year of Faith,” she said, adding that her supervisor, Wayne, while she was undercover working for Mr. Rooter, would sing a George Michael oldie: “You gotta have faith, faith, faith.”

CBS asked CNS to not disclose the “reveals” – what happens when Dwyer-Owens, sans disguise, reintroduces herself to the people she worked with while undercover. “That was so much fun. I tend to have too big of a heart sometimes. It’s nice to have heart,” she said.

This episode of “Undercover Boss” is scheduled to air Sunday, Jan. 22, 8-9 p.m. EST, but it could start later if there is an NFL playoff football game overrun.