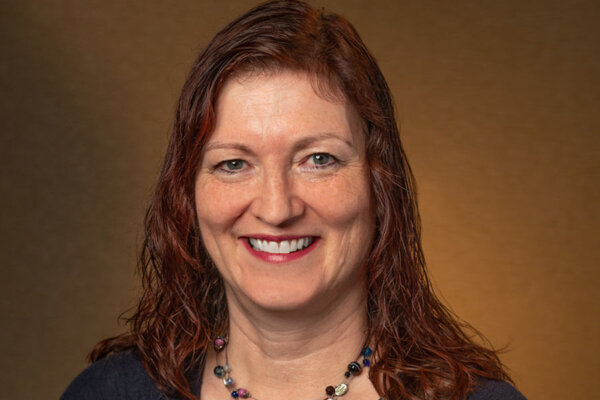 Julie St. Croix, director of the Office of Parish Renewal

The Archdiocese of Baltimore issued the following press release on Jan. 24, 2022:

In Archbishop William E. Lori’s seminal letter, he envisioned churches as neighborhood centers of evangelization that form and send forth missionary disciples — a call being answered by the Office of Parish Renewal and its newly formed Emmaus Teams that are deploying across the Archdiocese of Baltimore to help strengthen parish communities.

The Emmaus Teams are primary points of contact for parishes and pastorates to aid in their planning efforts and help them foster a culture of evangelization and discipleship. Together, the goal is to empower their leadership and reinforce their outreach efforts to evangelize non-Catholics and bring more Catholics back to the Church, especially those who have become disconnected during the pandemic.

Every parish and pastorate will be assigned an Emmaus Team made up of two parish renewal specialists, according to Julie St. Croix, who was recently named director of the Office of Parish Renewal. The office is part of the Archdiocese’s newly created Institute of Evangelization.

“Pastors are pulled in a lot of directions, and this process gives them energy and direction and purpose,” said St. Croix, who served as interim director of the office since September. “We will measure our success by whether we are helping people to deepen their relationship with the Church and the Lord.”

“Evangelization will move at the pace of relationships.”

Rooted in Christ’s model of accompaniment, the Emmaus Teams derive their name from the Gospel of Luke in which the risen Jesus joined two disciples on the road from Jerusalem to Emmaus and urged them to go forth two by two.

The parish renewal specialists are trained in evangelization resources, faith formation models and organizational health tools. The team — which has two more openings — will divide the Archdiocese into three regions.

Edward Herrera, the institute’s executive director, called the Emmaus Teams “novel and central to the mission” of the Church. With the creation of the Office of Parish Renewal under the broader direction of the Institute of Evangelization, Herrera said Archbishop Lori shows he is a pastor in prayerful service of the Lord.

“I am convinced that the approach of this new institute is a testament to the Archbishop’s discernment,” Herrera said. “We have a shepherd who is willing to try new things and invites each one of us to do the same.”

The catalyst for the institute is Archbishop Lori’s pastoral letter, “A Light Brightly Visible.” The letter was first released in July 2015 with a second iteration published in January 2021. The institute was established in February 2021.

St. Croix first joined the Archdiocese in 2012. She previously served as pastoral associate for Bishop Denis Madden in the Urban Vicariate and as coordinator of pastoral leadership formation after serving six years as director of religious education at St. John the Evangelist in Frederick. A native of England who grew up in Canada, St. Croix lives in Frederick with her husband, Brad. They share three adult children.

Among the objectives of the Office of Parish Renewal is to find ways to make people feel welcome when they enter one of the Archdiocese’s parishes, St. Croix said. When a person comes to register or receive one of the Sacraments, she asks, “Do we give them a form, or do we say, ‘Let me sit down with you. Tell me about your family and what you’re looking for in your spiritual home.’ ”

“Our purpose in the Office of Parish Renewal is to empower the leaders to make missionary disciples,” she said.