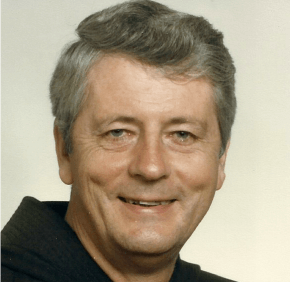 For many Cumberland-area Catholics of recent years, Christmas wasn’t quite complete until they heard Capuchin Franciscan Father Bernard Finerty’s rendition of “Silent Night.”

Every Christmas Eve at the Shrine of Ss. Peter and Paul, after Mass-goers received holy Communion, the associate pastor of Our Lady of the Mountains sang German and English verses of the beloved Christmas carol.

Strumming on his guitar, the Irish tenor’s distinctive voice filled the church and stirred souls.

“The people talk about that with tears in their eyes,” said Capuchin Franciscan Father Gregory Chervenak, pastor of Our Lady of the Mountains.

The Pennsylvania native died Jan. 23 in Cumberland at age 79. A funeral Mass was offered Jan. 28 at St. Augustine in Pittsburgh.

Ordained in 1961 in Washington D.C., Father Finerty spent most of his early priestly ministry as a seminary professor and then dean of students at St. Fidelis Seminary in Pittsburgh. A gifted athlete, he also coached the school’s athletic teams.

After the seminary closed in 1980, Father Finerty directed a retreat center and traveled across the country giving retreats, parish missions and days of recollection.

Father Finerty came to Cumberland in 2003 to serve as associate pastor of Ss. Peter and Paul. When Cumberland-area parishes united in 2011 to form the new Our Lady of the Mountains, his ministry extended to the other Catholic churches of the region.

“He was so gentle and kind to the people,” said Father Chervenak, who first met Father Finerty 50 years ago, when Father Chervenak was a seminarian and his future mentor in ministry was his Latin professor.

“The people loved him as a confessor and especially when he took care of the sick,” Father Chervenak said. “When he did funerals, he had a way of touching people’s hearts to make their loved one’s passing less painful.”

Father Finerty suffered several falls in recent years, breaking a vertebrae in his neck and a hip. He also had congestive heart failure.

“The last five months were chronic torture for him,” Father Chervenak said, “but he would still be cracking jokes.”

Father Chervenak said it was appropriate for Father Finerty to follow in the footsteps of St. Francis by becoming a Franciscan.

“St. Francis was a troubadour and a great preacher,” he said. “It just seemed a natural fit for him.”

Our Lady of the Mountains will observe Feb. 21 and 22 as “Father Bernard Memorial Weekend.” Father Finerty will be remembered at all Masses, and parishioners, friends and family members are invited to share their memories of the priests at receptions to follow.