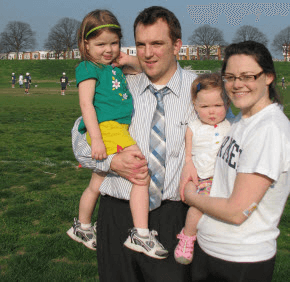 Cristo Rey Jesuit High School in Baltimore is not asking what the City of Baltimore can do for it. Rather, in a unique report, the Catholic high school is detailing what the school has done to help strengthen the city.

“Cristo Rey Jesuit’s essential mission is to educate Baltimore City students for leadership and professional success for Baltimore,” said Jesuit Father John W. Swope, president of Cristo Rey and one of three school representatives who compiled the Economic and Community Benefit Profile. “We are deeply grateful for the investments that businesses, individuals and foundations have made in Cristo Rey Jesuit, and our commitment to accountability obliges us to present this report.”

The profile of the 5-year-old school, located at 420 S. Chester St., details how it has brought significant revenue and revitalization to a corner of Fells Point – $5.35 million to be exact.

Baltimore City Councilman James B. Kraft, a St. Casimir parishioner who represents the city’s First District, said “the amount of information we’re getting from this report is just tremendous.”

“When you look at their ability to measure their direct financial effect on the community, it’s just amazing to me,” he said.

“One of the complaints we get so often is that the kids who go to a school don’t live in the neighborhood,” he said. “When you have 54 of the 300 students living right there in the council district, you have a trust. You have a sense of how the school fits in, who lives in the neighborhood and what their role in their own community is.”

City resident Mary Beth Lennon, director of communications for Cristo Rey Jesuit, said school leaders are proud of how they are “strengthening a historic neighborhood and a historic parish.”

“We are deeply committed to the community,” she said.

Although the report is financial in nature, she said, “you can’t put a price on the vitality we brought to Eastern Avenue and Chester Street with a flourishing school and with the appearance of revitalized buildings with an attractive streetscape.”

Following are some of the details of Cristo Rey Jesuit’s economic footprint:

In addition to these statistics, some 450 community members have also used the Cristo Rey Jesuit facility to host a variety of meetings.

Tony Sochurek, director of finance and facilities for the school, also assisted in compiling the report.

Inside the senior year of Cristo Rey Jesuit