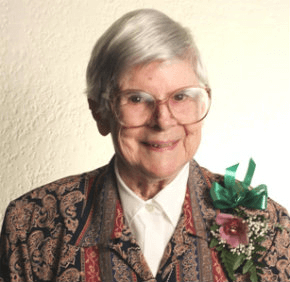 By Jessica Marsala
jmarsala@CatholicReview.org
For Maryknoll Sister Margaret Sehlstedt, 87, singling out one particular experience from her extensive service is difficult.
Sister Margaret marked 70 years with the congregation at a jubilee Mass Feb. 9 at the Maryknoll Center in New York. Nearly half of her time as a Maryknoll Sister was spent evangelizing and teaching English in seven different cities in Japan, including Kyoto and Tokyo.
“The (Japanese) people are 100 percent courteous and friendly,” said Sister Margaret, who went abroad a few years after Pearl Harbor and World War II severely strained relations between the U.S. and Japan. “It was something Americans aren’t used to.”
After attending St. Mark School and Mount de Sales Academy in Catonsville, she developed an interest in Japan and its people while in college. Sister Margaret obtained a bachelor’s degree in education from the Maryknoll Teachers College in 1950 and a certificate in Clinical Pastoral Education from the Central Islip Psychiatric Hospital in Central Islip, N.Y.
College was not a congregational requirement, but Sister Margaret felt compelled to further her education.
“I needed to grow up, mature,” said Sister Margaret, who joined the congregation in 1944, right after graduating from Mount de Sales, and professed her final vows in 1950.
It was as a Mount de Sales senior when she seriously considered joining a convent. Her discernment was assisted by growing up in a devout household, one that included a now-deceased brother, Albert, a Baltimore Sun journalist who famously wrote that “Men from earth stepped onto the surface of the moon tonight” after the July 1969 lunar landing.
Sister Margaret said that she “used to think it was so sad that there were so many people in the world who didn’t know God.” The Maryknoll Sisters gave her the opportunity to rectify that, even if it meant what she described as the “hardest thing I ever did in my life,” learning the Japanese language.
She studied Japanese for a year at Yale University.
“I wanted to help with evangelization,” Sister Margaret said.
She worked in the promotion department of the Maryknoll Sisters Center from 1973 to 1975, returned to Japan from 1975 to 1980, and served as a chaplain from 1986 to 2000 at Providence Hospital in Cincinnati.
Sister Margaret resides at the Maryknoll Center in New York. She mentioned “interesting talks and get-togethers” she has with the other sisters on her floor and the “wonderful” Mass and celebration for her jubilee.
“From day one,” Sister Margaret said, “I was so happy to be here.”
Also see:
The singing Ursuline Sister: ‘I have a gift to give’
Lone abuse survivor on commission says Vatican must achieve real change
PrevNext