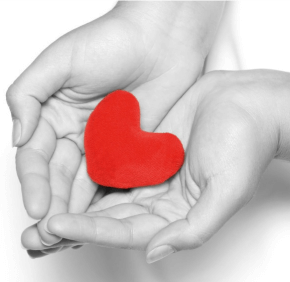 By Christopher Gunty
editor@CatholicReview.org
The family should be the lens through which every parish or pastorate considers its mission priorities to welcome, encounter and accompany people and send them out as missionary disciples, Archbishop William E. Lori of Baltimore told priests of the archdiocese in a letter released Feb. 13.
“The family should not be viewed simply as the object of evangelization but, as St. John Paul II wrote, the family is the most important agent of the new evangelization,” the archbishop said.
The letter to priests reflected on Pope Francis’ apostolic exhortation “Amoris Laetitia” (“The Joy of Love”), which was released in March 2016. The archbishop’s letter also included pages on pastoral questions about the exhortation, pastoral notes on conscience formation, and information on implementing “The Joy of Love” in the archdiocese.
Several of the documents included references to pastoral care for those who are divorced and remarried without a sacramental annulment, considered an irregular union.
Edward Herrera, director of the Office of Marriage and Family Life for the archdiocese, admitted that the archbishop’s letter and accompanying information present no changes from church doctrine – consistent with the teachings of Pope Francis, Pope Benedict XVI, St. John Paul II and Blessed Paul VI.
Herrera said the archbishop’s intent is to “help folks take the document ‘Amoris Laetitia’ and put it in the broader perspective of pastoral planning and evangelism and see it in a holistic light.”
He said the letter and supplemental information provide guidance, particularly to pastors and priests.
The document on conscience formation is particularly significant because conscience is often presented in a narrow light, but it is important to note that for a conscience to be “properly formed” it must be done “within an encounter with Christ.”
The archbishop encouraged priests and the faithful to read “The Joy of Love,” especially chapter 8, paragraph 305 (and its accompanying footnote 351), regarding ministry to people in irregular marriages, along with sections of the St. John Paul II’s apostolic exhortation “Familiaris Consortio” (#84) and Pope Benedict’s “Saramentum Caritas” (#29).
Both the documents to which the archbishop referred affirm the need for those who are divorced and remarried civilly to receive a decree of nullity of their first marriage before being allowed access to the sacraments.
“These documents affirm the indissolubility of sacramental marriage, but the latter recognizes that there might legitimately be cases wherein the Catholic faithful may, for example, be unable – in a juridical sense – to prove that their prior marriage was invalid,” Archbishop Lori said in the pastoral questions supplement. He also noted that since Pope Francis revised the annulment process via the apostolic letter “Mitis Iudex Dominus Iesus,” these cases are rare.
In fact, Father Gilbert J. Seitz, judicial vicar for the archdiocese, called it “very rare” that anyone would not be able to start a petition with the Tribunal for a case of marriage nullity.
He said that since the reforms of “Mitis Iudex Dominus Jesus” were implemented in late 2015, the archdiocesan Tribunal has seen a sharp increase in cases brought to it, while the processing time has gone from an average of 10-12 months to about six months, on average. The Tribunal completed 164 cases in 2015 and 260 cases in 2016, a 59 percent increase.
Father Seitz said Pope Francis is asking the church and its ministers to accompany people who are divorced, some of whom have remarried in irregular unions. “The Holy Father is asking us to do things in a different way, not just making sure the process is correct and in keeping with the Magisterium, but accompanying them in such a way they experience the presence of Jesus.” This helps to change hearts, heal wounds and ultimately bring people to an encounter with Jesus, he said.
He said a key change that immediately shortened the process is that a Tribunal’s decision no longer must automatically be sent to a second Tribunal for confirmation. The process also made it easier for the court to reach a decision, even if the other party in the marriage is not available or doesn’t participate in the process, and has reduced the number of witness statements required.
Another change is that in the past, if one of the parties to the annulment was slow in returning the documents, the Tribunal might have called to simply urge them to get it done. Now, such a call is more likely to ask how the person is doing with the process, if there is anything on which they are “stuck,” and if talking to someone in the Tribunal might help them with the paperwork.
Father Seitz said Pope Francis has asked Tribunals to “help people find their way closer to the Lord. He asked us to be more mindful of our obligation to reach out to families to help them be the Domestic Church.”
In his letter to priests, Archbishop Lori reminded them that the archdiocese had revised its procedures “enabling people to feel more at ease while their case is being resolved at the Tribunal.” He also told the priests that if, after having become acquainted with the changes in the annulment process, they are confronted with a questionable or complex situation, they should consult directly with the Office of the Archbishop.
The accompanying document on “Support for Living ‘The Joy of Love’ in the Archdiocese of Baltimore” has sections with practical resources for parishes on “Planning for a Family-Friendly Parish,” marriage preparation, marriage enrichment and pastoral care for divorced people.

In ‘The Joy of Love,’ pope urges sharing truth of family with mercy, helping those struggling