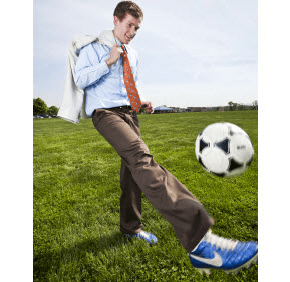 By Elizabeth Lowe
elowe@CatholicReview.org
Twitter: @ReviewLowe
Patrick Koscher is a dynamic soccer player but his faith is what ignites him.
Koscher, who graduated from Archbishop Curley High School in Baltimore May 31 with a 4.2 GPA, attributes his strong faith to his involvement with campus ministry and Conventual Franciscan Father Matthew Foley, the school’s campus minister.
“Faith became a hobby,” said Koscher, who doesn’t shy away from expressing his faith. “I really got involved.”
“His work on freshman and sophomore retreat this year was stellar,” Father Foley said of Koscher as a peer minister and retreat leader. “They (the underclassmen) were exceptionally impressed by his sincerity. What he said was faith-filled. It’s genuine.”
He continued, “He has a great head on his shoulders, great character, great morals. I’ve been impressed by how he’s deepened his faith.”
A peer minister his junior and senior years, Koscher was involved with campus ministry throughout high school. He was also a lector and extraordinary minister of holy Communion.
“(Archbishop) Curley is a brotherhood, I found it (out) pretty quickly,” Koscher said. “It changed my character, it changed my faith. Academics challenged me, athletics challenged me. It (Archbishop Curley) gave me the essentials to succeed in life.”
A parishioner of St. Francis de Sales in Abingdon, Koscher has been a religious education teacher for elementary school-aged children there the past two years.
“The idea of giving back means a lot to me and I love kids,” Koscher said. “Not only do I teach them but it also strengthens my faith.”
At Archbishop Curley, Koscher was a member of the National Honor Society who took honors and advanced placement courses. He was also a math tutor and member of the Fellowship of Christian Athletes, Student Government Association and Spanish club.
He played varsity soccer his freshman, sophomore and junior years, but his year-round travel team and ties to the U.S. Soccer Development Academy kept him from playing for the Friars his senior year.
“He’s a great all-around player,” said Barry Stitz, Archbishop Curley’s vice president for institutional advancement and varsity soccer coach. “He’s capable of playing a number of positions. While he’s been outstanding as a soccer player … he’s a very good student, very open about his faith. He’s going to be one of those kids the school really misses.”
Koscher will attend Georgetown University in Washington, D.C., this fall. He plans to major in accounting or finance and aspires to be an accountant.
“I’ve always wanted to go to a highly regarded Division I soccer school,” Koscher said. “It will be books and kicking a ball my entire first semester.”
Once he settles in, the 18-year-old plans to get involved with campus ministry.
“I’ve always had a plan,” said Koscher, who noted he set out to be a student athlete at a Division I school and “go to a good school. I’ve accomplished that.”