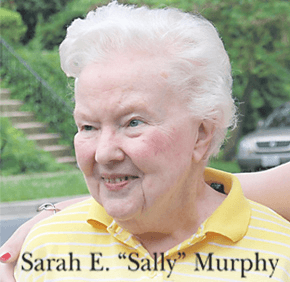 The Order of Hibernians honored Sally Murphy, who died in December 2010, for her many contributions to the City of Baltimore, and “for the spirit of volunteerism she demonstrated so meaningfully to the municipality and to local groups including the Ladies Ancient Order of Hibernians, Irish Charities of Maryland, the Institute of Notre Dame, and especially in recognition of her efforts to establish Baltimore’s St. Patrick Parade as a tribute not only to her Irish heritage but to the citizens of Baltimore.”

Sally Murphy Way is on Pratt Street, between Charles and Light Streets, where the St. Patrick’s Day Parade viewing stand is each year. This year’s parade took place March 11.

View a gallery of photos below. Click on the arrows to move to the next image