“We must make clear that we will not tolerate criminal and evil behavior, regardless of the rank and standing of the accused.” — Archbishop William E. Lori 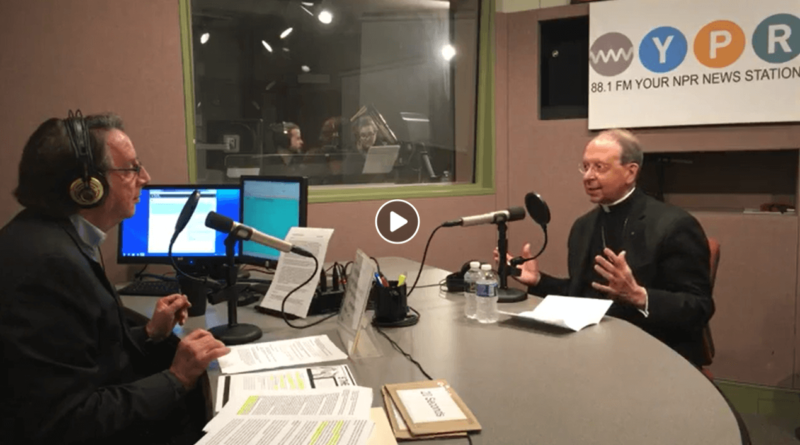 WYPR INTERVIEW: Archbishop William E. Lori was a guest on WYPR’S “Midday” program, discussing the recent meeting of U.S. Catholic bishops in Baltimore and the Catholic Church’s response to the sexual abuse crisis. Listen above. 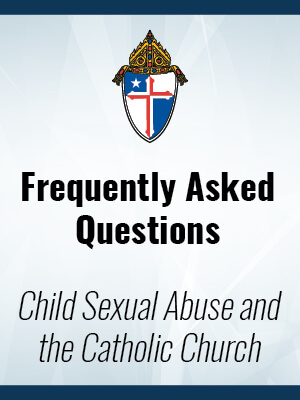 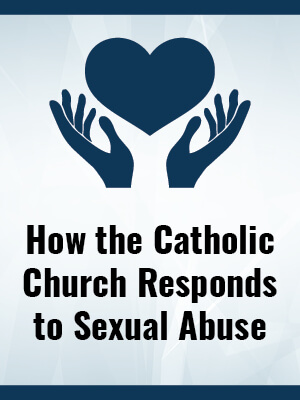 The Archdiocese of Baltimore strives to ensure good stewardship of the funds entrusted to its parishes, schools and central services. From the point of collection, through accounting systems, and to the groups that help advise pastors, principals and archdiocesan leaders on how to allocate funds, many people are involved in ensuring oversight of donations that help support the church’s mission and ministries.

Click the buttons below for “Five Things to Know” about financial transparency in the Archdiocese of Baltimore.

May 9, 2019 | Archdiocesan leaders respond to pope’s reforms on accountability

April 24, 2019 | Archdiocese publishes names of clergy accused of abuse after their death 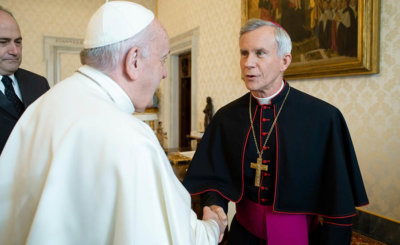 Bishop Joseph E. Strickland of Tyler, Texas, said he asked Pope Francis about the Vatican investigation into Theodore E. McCarrick and the release of a promised report on how the...Read More 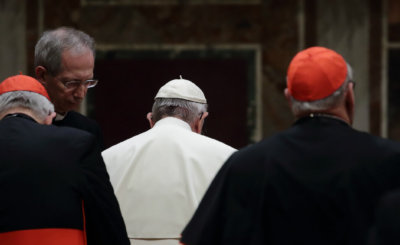 Pope lifts secrecy obligation for those who report having been abused

Pope Francis has abolished the obligation of secrecy for those who report having been sexually abused by a priest and for those who testify in a church trial or process...Read More 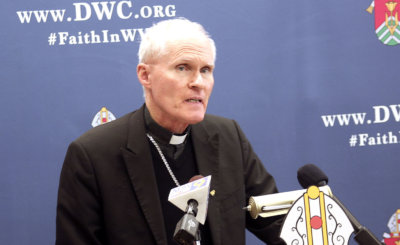 Bishop Mark E. Brennan of Wheeling-Charleston, West Virginia, has asked the former bishop of the diocese to pay back more than $792,000 to cover the "inappropriate expenditure of diocesan funds...Read More

The Archdiocese of Baltimore complies with Maryland laws requiring reporting suspected child abuse to civil authorities.  Under Maryland Law any person who has reason to believe a child has been subjected to abuse must report the suspected abuse to civil authorities, even if the potential victim is now over 18 years old and even in cases where the alleged perpetrator is deceased.

If someone associated with the Church, including clergy, employees, or volunteers of the Archdiocese of Baltimore, is suspected of abuse, then the suspected abuse must also be reported to  the Archdiocesan Office of Child and Youth at 410-547-5348 or the Victims Assistance Line at  1-866-417-7469.

Although the Vatican and U.S. Catholic bishops are considering a global or nationwide approach to addressing these issues, while such broader discussions are ongoing, the bishops of the Archdiocese of Baltimore have requested that the Independent Review Board establish a process for it to receive and ensure appropriate reporting of allegations. The Independent Review Board has responded with this local initiative, which is supported by the bishops of the Archdiocese of Baltimore.

Communications on Reports regarding Bishops: Effective immediately, staff for the Archdiocese of Baltimore reporting portals/hotlines (EthicsPoint and office of Child and Youth Protection) are instructed that all allegations in the three categories identified above against a bishop of the Archdiocese must be immediately forwarded to both Judge Joseph F. Murphy and Judge Ellen M. Heller. Also, those reporting portals will be configured to the extent possible so that allegations about bishops are automatically routed directly to Judges Murphy and Heller. Both Judges Murphy and Heller are members of the Independent Review Board (IRB) and are not employees, volunteers, or in any other position within the Archdiocese. The IRB was established in 1993 as a group of independent, interfaith, diverse, lay leaders to review in detail all actions taken by the Archdiocese in connection with allegations of child sexual abuse and provide counsel to the Archdiocese relating to its actions and policies for protecting children.

Communications materials about the portals/hotlines will be updated to emphasize that these allegations concerning bishops are being directed to these two members of the Independent Review Board who are not employees, volunteers, or in any other position with the Archdiocese. 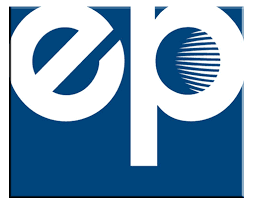 The Archdiocese of Baltimore is committed to ethical behavior and accountability. To make a report regarding violations of ethical behavior, visit the secure EthicsPoint site here.

The Independent Review Board, made up mostly of lay people and headed by Judge Joseph F. Murphy, is an interfaith group including representatives from the legal community and law enforcement, health care, academia and social work.

In September 2002, the Archdiocese of Baltimore published a list of priests and religious brothers who had served in the Archdiocese of Baltimore and who had been accused, in their lifetime, of child sexual abuse.  The 2002 list did not include some instances where an investigation concluded that the facts did not indicate sexual abuse had occurred. The 57 men on that original publication are listed below, with some minor updates to those paragraphs since 2002 noted [in italics] where a request for an update has been made.

Since 2002, additional priests and brothers have been added to this list because of an allegation of child sexual abuse or because they were identified publicly in connection with such an allegation, when the priest had an assignment in public ministry in the Archdiocese of Baltimore or the abuse occurred in Baltimore.  In instances involving priests from religious orders or other dioceses (noted in parentheses), the Archdiocese’s information is often quite limited.  In some cases, the information below came from the 2018 Grand Jury Report of the Pennsylvania Attorney General or publications made by religious orders or other sources, and additional information for such individuals might be obtained by looking at available resources on the internet. The entries below list known, formal assignments in the Archdiocese of Baltimore. Many of the priests and brothers listed also served at additional locations on an informal basis, and at times outside of the Archdiocese of Baltimore. The priests and brothers may have also served at locations before or after their formal assignment dates.

All allegations of child sexual abuse are reported to law enforcement regardless of credibility, and victims are offered counseling assistance with a counselor of their own choosing.  Allegations of child sexual abuse involving Church personnel are also reported to the Archdiocese’s Independent Child Abuse Review Board.  None of the individuals listed here is in ministry in the Archdiocese of Baltimore; many have died and some have been returned to the lay state by the Holy See.  All have had their faculties to function as a priest in the Archdiocese of Baltimore permanently removed.

Click here or the button below to read full lists of all names that have been published. 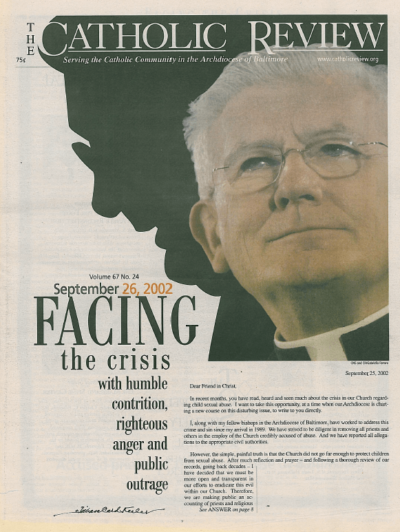 Click here to read a special section of the Catholic Review published in 2002 that includes information about the decision to release names of those accused of abuse, descriptions of the alleged abuse and the names of those who had credible allegations of abuse against them.

A Response to the Netflix Series, "The Keepers"

Promise to Protect and Promote Healing

June 5, 2019 | Letter to Priests and the Faithful of the Diocese of Wheeling-Charleston

Feb. 16, 2019 | Statement on Dismissal from the Clerical State of Theodore McCarrick

Aug. 27, 2018 | Statement of Archbishop Lori on Accountability of Bishops

Aug. 14, 2018 | Statement of Archbishop William E. Lori on the Late Cardinal William H. Keeler and the Report of the Pennsylvania Grand Jury

Aug. 14, 2018 | Statement from the Diocese of Harrisburg on release of Grand Jury Report

Click here to read a sampling of homilies and other remarks by priests and deacons of the Archdiocese of Baltimore.

June 13, 2019 | Catholic News Service: Bishops approve third-party reporting system; to be in place by May 31

May 9, 2019 | Archdiocesan leaders respond to pope’s reforms on accountability

April 24, 2019 | Archdiocese publishes names of clergy accused of abuse after their death

April 9, 2019 | Archbishop Lori: Church has many reasons to get right response to child sexual abuse

Nov. 9, 2018 | Catholic Review: Pilgrims set out on 50-mile walk in penance, prayer from Emmitsburg to Baltimore

Bishop Adam J. Parker comments on the publishing of the names of 23 deceased priests added to the Archdiocese’s online list of clergy accused of child sexual abuse. (April 24, 2019)

Archbishop William E. Lori shares a Holy Week message with the people of the Archdiocese of Baltimore. (April 17, 2019)

Archbishop William E. Lori hosted a media briefing Jan. 15 at the Catholic Center in Baltimore to discuss the Archdiocese of Baltimore’s ongoing response to the clergy sexual abuse crisis. (Jan. 15, 2019)

Message to the Faithful

In the wake of the recent meeting of the U.S. Conference of Catholic Bishops in Baltimore, Archbishop William E. Lori delivered the following special message via video and audio in parishes throughout the Archdiocese of Baltimore Nov. 17-18. (Nov. 17-18, 2018)

Charter for the Protection of Children and Young People

The Charter for the Protection of Children and Young People, a comprehensive set of procedures established by the USCCB in June 2002 for addressing allegations of sexual abuse of minors by Catholic clergy, is marking its 15th anniversary. (Oct. 30, 2017)

Bishop Adam Parker speaks about the Archdiocese of Baltimore response to the clergy sexual abuse crisis. Listen above.

Archbishop Lori speaks about accountability during an Aug. 12, 2018 radio interview. Listen above.

Jerri Burkhardt, director of the archdiocesan Office of Child and Youth Protection, speaks about the charter for the protection of children in a Sept. 24, 2017 radio interview. Listen above.

Click here to download a fact sheet about frequently asked questions concerning the abuse crisis and the Archdiocese of Baltimore’s response.

Office of Child and Youth Protection

Click here to visit the Archdiocese of Baltimore’s Office of Youth and Child Protection, which provides information about safe environment training, archdiocesan policies related to the protection of children and the reporting of abuse, the Charter for the Protection of Young People and much more.