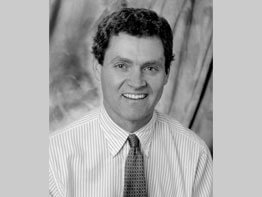 During the 1980s, computers weren’t for the cool kids.

Now, everyone and their Web-savvy grandmother are perched in front of their monitors – at home, work and the coffee shop.

Young adults and children are increasingly hooked into Web sites like Facebook and MySpace, while chatting with their friends on instant messenger programs and playing immersive video games like World of Warcraft.

The lack of movement plays into the national problem of obesity.

“It’s easier to be a consumer of the screen than a consumer of a book,” said Dr. Jonathan Clemens, a pediatrician at Mercy Medical Center’s Mercy FamilyCare in Baltimore. “It takes more work to read a book. It’s easier to push some buttons. There’s also such a wide array of activity on the Internet, whether it’s YouTube, e-mail or Wikipedia.”

A study released in July by the Journal of Pediatrics said Internet usage could be one of the primary causes of weight gain among adolescent girls. The study followed 5,000 girls between the ages of 14 and 21 and found that lengthy Internet use outside of school led to significant increases in body mass index.

“Being sedentary leads to weight gain,” Dr. Clemens confirmed. “A computer’s virtual world takes away from real life interaction. A child could say ‘I talked to somebody today,’ but they did it instant message via computer. A computer screen takes away from social interaction.”

The Journal of Pediatrics study declared: “Girls spending more time on the Internet had significantly greater (body mass index) increases during the same year whether Internet time was measured categorically or continuously.”

Nearly 15 percent of all children are overweight, according to the National Institute of Environmental Health Services. The group also said that nearly 25 percent of black and Hispanic children were overweight as well.

Dr. Clemens said there’s an imbalance of expectations for society, even if pediatricians universally recommend children spend no more than two hours a day in front of a screen. While suburban youths have more options outside the home, it’s not as easy for children living inside Baltimore, where he finds the preponderance of weight issues predictable.

“In the inner city, it’s not as safe and there’s not as much access to real parks,” Dr. Clemens said. “Kids are cooped up in small apartments and homes for longer lengths of time.”

Dr. Clemens’ teenage children faced limits of computer usage when they were younger, but now determine their own. The family’s computer sits in a public place inside the home with the hope the children keep moving after brief access.

“It’s a huge problem,” he said of a sedentary youth, “and I certainly appreciate other parents’ concerns.”