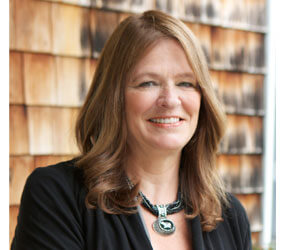 WASHINGTON – The Catholic woman whose efforts to free her wrongly imprisoned brother became the inspiration for the new motion picture “Conviction” still advocates for the cause of prisoners whenever she gets a chance.

Betty Anne Waters, who runs a bar in Bristol, R.I., got her high school diploma, a college degree, and a law degree so she could represent her brother Kenny in the appeal of his murder conviction.

Waters no longer practices law, but she pitches in wherever she can.

Speaking a mile a minute in the thick New England accent that reflects her upbringing in nearby Ayer, Mass., she said, “I help the New England Innocence Project with cases. And I go into New York to help change (criminal justice) policies and go to legislatures to get statutes changed and to get DNA preserved, and I speak against the death penalty. Things like that.”

Waters spelled out what it took just to get a law degree.

By the time Waters got her sheepskin, DNA testing had grown more commonplace – and reliable. DNA evidence was what overturned Kenny’s conviction for murder and robbery. He was serving a life sentence with no possibility of parole.

Waters, 56, said her expectation was that, within a few days of Kenny’s release from prison, “I thought we’d get back to my house and settle down and lead a normal life.”

But the calls kept coming in, she told Catholic News Service in an Oct. 22 telephone interview from Bristol. As a result, Waters said, “the one person I called, and trust most, was Barry Scheck from the Innocence Project. He knows some people in Hollywood.”

The Innocence Project is a nonprofit organization dedicated to proving the innocence of wrongly convicted people through the use of DNA testing.

She said Scheck told her, “Betty Anne, you know they’re going to make a movie about you.” They resolved to make a deal to tell their story rather than have their story told without Waters’ input. A Hollywood friend of Scheck’s bought the rights to it.

The film project itself took nine years from start to screen – an education nearly as long as the 12 years Waters spent back in school – and after all that time, Waters said, “it took 35 days to make the movie.”

Hollywood being Hollywood, some liberties had to be taken with the story to condense 17 years into a couple of hours. Seeing the movie three times, Waters said at first she was looking at the performance of two-time Best Actress Oscar winner Hilary Swank, who plays her, “as fiction. Then it hit me: It’s me she’s playing up there” on the screen.

Regarding her Catholic faith, Waters admitted, “I don’t practice (the faith) as much as I probably should. … But I think it’s especially important to start out with a foundation of religion.”

She said she can remember when “I walked the two miles to church, to St. Mary’s Church in Ayer, Mass.,” as a child. “But both of my boys are baptized and they made their first Communion. They visited their dad when they were older so they didn’t get their confirmation. But you can always hope.

“I’m a grandmother now, my grandson is a Catholic and he made his baptism,” she added.

Waters said it was a high point for her when she met Sister Helen Prejean, a Sister of St. Joseph who is a well-known death penalty opponent and author of “Dead Man Walking.” “I helped get a lot of petitions signed against the death penalty for her. It was after Kenny was released,” added Waters.

Something the movie “Conviction” doesn’t say is that Kenny died six months after his release. “But he had a lot of life. It was the best six months in his life,” Waters said. “We were on the morning shows in New York. He was on ‘Oprah.’ … The most important thing was that he died free.”

Also left out of the film is that Waters pursued and won a malicious prosecution suit against the town of Ayer for its handling of her brother’s case, collecting a $3.4 million judgment.

“Most of it’s going to the IRS, (but) I didn’t do it for the money,” Waters said. “I did it to prove what Nancy Taylor did. Personally, I think she should be in one of those orange jumpsuits.” Taylor, portrayed in the movie by Melissa Leo, was in real life the secretary to the town police chief and was permitted to conduct criminal investigations without training.

CNS film critic John Mulderig called “Conviction” “a gritty yet touching drama” in his review. Despite plenty of foul language and some gruesome crime-scene images, “‘Conviction’ ultimately acquits itself with generally positive, though certainly not unmixed, underlying messages about courage, perseverance and family solidarity,” Mulderig said.

The movie was classified L – limited adult audience, films whose problematic content many adults would find troubling – by CNS. The Motion Picture Association of America rated it R – restricted. Under 17 requires accompanying parent or adult guardian.

Any injustice Waters may have witnessed or experienced pales in comparison to Kenny’s wrongful conviction. “I think it’s not fair that my brother went to prison for something he didn’t do,” she said. “Now I just get past that and move on. I’m a happy person. I’m not a depressed person.”