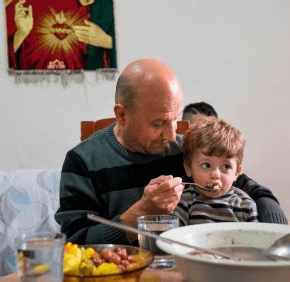 WASHINGTON – A Dec. 9 congressional hearing sought a State Department determination of ongoing Christian genocide by the Islamic State, a designation that could produce considerable pressure for additional U.S. military intervention in the region, not just humanitarian aid.

Such a designation also has policy implications for U.S. efforts to restore property and lands taken from the minority groups and for offers of aid and asylum to the victims.

Many hope that when the State Department soon declares, as expected, that the Yezidis, a religious minority in Iraq targeted by the Islamic State since 2014, are facing genocide, it also will produce something stronger than reserving judgment about the militants’ treatment of Christians.

On Dec. 4, 30 Christian leaders, including Cardinal Donald W. Wuerl of Washington, asked for a meeting with Secretary of State John Kerry in advance of that declaration. The meeting has yet to be scheduled.

The current push is the result of a U.S. Holocaust Memorial Museum report, issued in November, that detailed attacks against the Yezidi in the Ninevah province in Iraq. It also concluded that Islamic State militants “perpetrated crimes against humanity, ethnic cleansing and war crimes” against Christians as well as the Yezidi, Turkmen, Shabak, Sabean-Mandean and Kaka’i peoples.

At the hearing of the House Subcommittee on Africa, Global Health, Global Human Rights and International Organizations, Rep. Chris Smith, R-New Jersey, chairman, said of the exclusion of Christians from the declaration, “That’s absurd! Such an indication would be contrary to the facts and tragically wrong.”

Rep. Dana Rohrabacher, R-California, citing a House resolution under consideration, said he thought the United States should recognize the situation as genocide “just as we should have recognized the Jews in 1939.”

Witnesses at the hearing were careful to focus on the plight of religious minorities without calling for direct American intervention.

“An official government declaration of genocide is an opportunity to bring America’s religious communities together to pursue the truth, to support victims and to bear witness to the noble principle of ‘never again,’” said Carl Anderson, supreme knight of the Knights of Columbus.

Anderson also asked that the government end its “sole reliance” on the U.N. High Commissioner for Refugees and its criteria for identifying what refugees should be resettled, “and engage private contractors to identify, document and refer Christian, Yezidi and other vulnerable minority refugees from Syria and Iraq who are in need of resettlement.”

He added, “The Christian communities have not taken up arms for any side. They have been peaceful.”

“They are horrific. But there are also atrocities of rape, killings, crucifixions, beheadings, hangings that the Syrian and Iraqi Christians have endured and they are intentionally omitted. I hate to say this, but this they do to their shame,” said the bishop, who heads the Chaldean Eparchy of St. Thomas the Apostle, based in Southfield, Michigan.

More than 150,000 Iraqi Christians, Bishop Kalabat said, “are being victimized by the Obama administration in not recognizing their suffering.”

Noah Gottschalk, an adviser for Oxfam America, stressed the need for refugee resettlement, calling it “a fundamental expression of our values as Americans to offer safe haven to the persecuted and allows us to show the suffering and oppressed … the best of who we are as a people.”

In their letter to Kerry calling for a meeting, the Christian leaders said that Pope Francis “has called ISIS’ crimes against Christians by their proper name: ‘genocide.’ The U.S. Conference of Catholic Bishops and Christian leaders in the Middle East have done so as well. We agree, and are hopeful that, once you have seen the evidence, you will too.”

Under the 1948 Genocide Convention, the United States and other signers are supposed to respond to genocide by investigating and punishing those who are responsible.

Cardinal O’Brien: What’s happening to Christians in the Middle East is genocide

Pope Francis: The church needs this Holy Year of Mercy