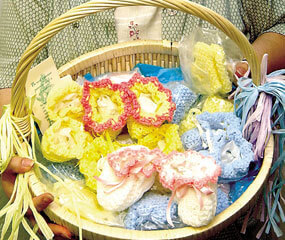 CATONSVILLE – Monsignor James P. Farmer was still a seminarian when Marilyn Szewczyk approached him about her dream of starting a network of pro-life pregnancy centers. She knew he was a lawyer whose background could come in handy.

“She began telling me all these things we needed to do,” Monsignor Farmer remembered.

The list was long: finding locations, recruiting volunteers, obtaining insurance and a whole host of other jobs.

“Being a lawyer, I asked her how we would do it without having two cents to rub together,” Monsignor Farmer said. “She responded by saying, ‘I have great hope in God.’”

Szewczyk’s faith was not misplaced. She launched Pregnancy Center, Inc., a network that today has five locations in Howard County, Baltimore City, Baltimore County and the Eastern Shore.

Monsignor Farmer celebrated a 30th anniversary Mass Feb. 24 at St. Mark in Catonsville, which was followed by a dinner at the local Knights of Columbus hall. The pastor of St. John in Westminster remembered that Szewczyk was relentless in seeing that women received help to carry their babies to term.

“Fifteen years ago, the phone rang in the rectory at 3 a.m.,” said Monsignor Farmer, who was then the pastor of St. Thomas Aquinas in Hampden. “She says, ‘Father? It’s Marilyn. What are you doing?’”

The pro-life advocate had the name and phone number of a young woman contemplating abortion and she needed Monsignor Farmer to contact her.

“She had great determination,” Monsignor Farmer said with a laugh.

“It varies from center to center,” said King, noting that there are a “couple hundred” volunteers who assist at the centers. “They basically do whatever they can to help.”

Women also have access to an emergency hotline they can call at any time, King said.

Jennifer Murphy and Mary Richards, parishioners of St. John in Westminster, are involved in an effort among Carroll County parishes and Sacred Heart, Glyndon, to add a Carroll County pregnancy center to the network.

“We’ve looked at locations to rent and we’ve had several fundraising events,” Murphy said. “We’d like to be somewhere close to the colleges.”

Although about $15,000 has been raised for the effort, more financial resources will be needed to make it a reality – along with volunteers.

“We have none of these centers in Carroll County,” Richards said. “It’s a great need in the community.”

The Pregnancy Center, Inc. anniversary celebration was held one day after the Feast of St. Polycarp, the organization’s patron saint. Monsignor Farmer noted that when Szewczyk was looking for a patron saint, she avoided heavy hitters like St. Francis of Assisi and the Blessed Virgin Mary because they were already “too busy” handling a barrage of prayer requests.

“She picked St. Polycarp,” the priest remembered, “because she said he has nothing better to do.”

Lynn Anne Sukeena, one of Szewczyk’s daughters, added that her mother put St. Polycarp to the test before selecting him. When a pro-life lobbying group was looking for office space in Annapolis, Szewczyk prayed to St. Polycarp for help. Sure enough, a prime spot was located in the State House and St. Polycarp got the job looking after Pregnancy Center, Inc.