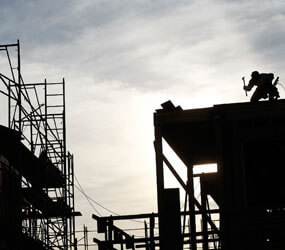 WASHINGTON – It’s almost like a three-way tug of war. Should Congress extend the temporary tax cuts in place for nine years, and if so, for whom? How does the nation help those who have borne the brunt of the recession? And isn’t there a looming, and growing, deficit?

The circus juggler keeping an ax, a chainsaw and a bowling ball in the air would seem to have an easier time of it than lawmakers and public policy advocates trying to figure out what and what not to do, and how far to go with what seems like the likeliest choices.

The president of the U.S. bishops, Archbishop Timothy M. Dolan of New York, and Bishop Stephen E. Blaire of Stockton, Calif., head of the bishops’ Committee on Domestic Justice and Human Development, weighed in Dec. 7, calling for action on two of those fronts: taxes and human needs.

“The bishops are deeply concerned with the current unemployment numbers, and the church recognizes the need to assist those hit hardest by these economic times,” Archbishop Dolan said in a Dec. 7 statement.

Bishop Blaire, in a letter sent that day to members of the Senate, urged expansion of the Refundable Child Tax Credit and Earned Income Tax Credit as they “encourage work and family life.”

“To keep in place tax cuts for more affluent families while ending the tax help for those families in greatest need would be bad policy and unjust,” Bishop Blaire said. “In such an economic climate (as the current one), a promise to raise taxes on no one must include low-income families.”

Deficit reduction wasn’t on the bishops’ agenda. Nor, apparently, was it on the agenda of President Barack Obama and Republican leaders when they worked out a deal in early December to extend the Bush tax cuts for all Americans for two years, extend unemployment benefits for one year, index the alternative minimum tax to inflation, engineer some changes in the estate tax, grant a payroll tax holiday, liberalize business expense deductions and tax extenders – and extend the refundable tax credits sought by the bishops, as well as the college tuition deduction.

The two-year cost of the plan – if it receives final Congress approval – is estimated at $990 billion. The income tax cut extension costs $359 billion: $79 billion for the highest-income Americans and $280 billion for middle-income Americans. The refundable tax credits will cost $21 billion and extending unemployment benefits will cost $56 billion.

The deficit appeared to be the least of the concerns at the Dec. 3 kickoff in Washington of the Faith Advocates for Jobs campaign, which seeks to mobilize employed and unemployed Americans in 1,000 churches nationwide to push Congress to, among other things, pass a new stimulus package to create manufacturing jobs, a public jobs program to improve infrastructure and mass transit, and support for state and local governments feeling their own budget crunches to support the social safety net.

“We can’t leave the sense that the folks in Washington are fighting this all alone,” said Sen. Bob Casey, D-Pa., at the kickoff. “They cannot and should not walk that path alone. We have great work to do and we’re going to fight this battle.”

Judy Conti, federal advocacy coordinator for the National Employment Law Project, took aim at a job drain she saw as preventable. “Outsourcing is greed. Paying people crappy wages, and stealing their wages, is greed,” Conti said. “There’s a reason greed is one of the seven deadly sins.”

Faith Advocates for Jobs allies were not thrilled about the recent focus given deficit reduction. One speaker, Edith Rassell, minister of workplace justice for the United Church of Christ and an economist, said two-thirds of the current deficit is directly related to the economic downturn, as tax receipts slack off and more Americans seek help from the government to get by.

Jean Sammon, an organizer and former lobbyist for Network, the Catholic social justice lobby, said: “Even millions are going to get a modest amount of $6,000 back” if the tax cuts were halted for households making more than $250,000.

The day after the Faith Advocates for Jobs kickoff, news reports said the Bureau of Labor Statistics announced the national unemployment rate rose from 9.6 percent to 9.8 percent. Also, a new jobs report showed employers posted 12 percent more openings in October than September, but overall job openings remained nowhere close to the 4.4 million advertised at the end of 2007, before the economy went into recession.

Whether America’s rich will get $6,000 or more under extended tax cuts was still open to question as Democrats in both the House and the Senate deplored the deal Obama made with Senate Republicans, threatening to block action on the deal before the Senate’s scheduled adjournment Dec. 17.