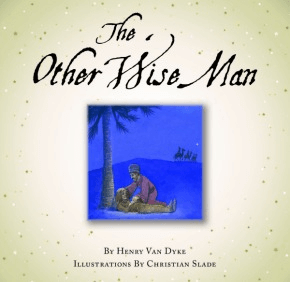 By Christopher Gunty
editor@CatholicReview.org
Often, when we think of the story of Christ’s birth, we mash up the Lucan narrative with Matthew’s version. The shepherds never met the magi, but to look at most crèches, you would think they hung out together in the stable after Jesus’ birth.
Only the Gospel of Matthew mentions the visit of “wise men from the East (who) came to Jerusalem saying ‘Where is he who has been born a king of the Jews? We have seen his star in the East, and have come to worship him’” (Mt 2:1-2). They are not mentioned by name or number, and are not called kings, though the song “We Three Kings” presumes so. Tradition says there were three, perhaps because only three gifts – gold, frankincense and myrrh – are mentioned (Mt 2:7); wouldn’t each guest bring a gift?
Tradition also says their names were Caspar, Balthasar and Melchior. That’s why many people bless their homes on the feast of the Epiphany by chalking the letters C+B+M and the year over their portal. But when referring to ancient ruins or Scripture, the phrase “tradition tells us …” really means, “we’re not sure if this happened in exactly this manner or place.”
So couldn’t there have been four or seven or 18 wise men? Back in 1895, a Presbyterian minister, Henry Van Dyke, asked a similar question. What if there was a fourth wise man who had planned to join his fellow Magians in the search for the newborn King of kings? And what if this man failed to make the rendezvous, but spent his life trying to catch up with the others and with the Savior?
Many years ago, I happened upon a newspaper essay about Van Dyke’s tale. The story touched my heart – and gave me chills, at times. It has been made into a movie, starring Martin Sheen, and Cathedral Foundation Press (part of the Catholic Review’s parent company) recently published a new edition, with newly commissioned illustrations by Catholic artist Christian Slade.
In Van Dyke’s tale, the “other” wise man, named Artaban, misses the first rendezvous when he stops to minister to a dying stranger. He misses the opportunity to meet the newborn king. Rather than return dejected to his homeland, he spends the rest of his life searching, along the way stopping to help those in need. Across the miles and across the decades, he lives the message of the Prince of Peace, without ever having met him.
As you read the story of “The Other Wise Man,” this Advent and Christmas season, you could ask yourself: Do I seek the Savior every day? Do I live my life searching for the King? If that is your life’s journey, you can find the Messiah. If you search for the Lord in the face of the least of his brothers and sisters, you too are “the other wise man.”
Gunty is associate publisher/editor of the Catholic Review and CEO of the parent company Catholic Review Media, which published “The Other Wise Man” under the Cathedral Foundation Press imprint.
“The Other Wise Man” can be purchased directly from CFP at bitly.com/cr_wisemen​.
To read more Amen columns, click here.
PrevNext