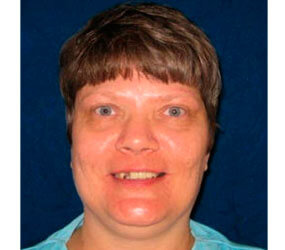 WASHINGTON – Virginia executed 41-year-old Teresa Lewis with a lethal injection Sept. 23, making her the first woman to be executed in the commonwealth since 1912 and only the 12th woman to be put to death since the U.S. Supreme Court reinstated capital punishment in 1976.

Lewis was convicted of planning the 2002 murders of her husband and 25-year-old stepson. The two men who killed the victims received life sentences.

The Virginia Catholic Conference was among the opponents of her execution and had urged people to petition Gov. Robert McDonnell to change his Sept. 17 decision to deny clemency to Lewis.

The alert noted that Lewis had acknowledged her crime and would expect to serve the same sentence as the two men who committed the murders, Matthew Shallenberger and Rodney Fuller.

A last-minute appeal to the U.S. Supreme Court by Lewis’ attorneys to block the execution failed. They argued that her IQ of 72 put her almost at the level of disability that would exempt her from a death sentence.

Her supporters said she also suffered from a personality disorder that was manipulated by Shallenberger, her boyfriend, so that she would go along with the murder of her husband. The Catholic conference alert said that Shallenberger later admitted duping Lewis into believing he was in love with her and that they would take the money from life insurance policies and run away together.

Because Fuller confessed to the crime, he was given a life sentence without the possibility of parole. The judge in the case gave Shallenberger the same sentence.

Prosecutors said Lewis bore a greater responsibility than the two men because she planned the killings in cold blood.

In Kentucky, the execution of a death-row inmate remained on hold indefinitely after a Kentucky judge stopped it over questions raised about the man’s below-average mental abilities and possible problems with the state’s execution process.

Wilson’s pending execution had been the subject of appeals to Kentucky’s governor and courts by death penalty opponents, including Pope Benedict XVI, the Catholic bishops of Kentucky and the U.S. Conference of Catholic Bishops.

Wilson, 53, was convicted in 1988 of abducting, raping, robbing and murdering Debbie Pooley, an assistant restaurant manager. He has appealed his death sentence on a variety of grounds ranging from incompetent defense counsel to low IQ, but courts have repeatedly turned them back.

Complicating his situation is a nationwide shortage of one of the drugs used in the lethal injection process. Kentucky has one dose available and its scheduled expiration date is Oct. 1. Manufacturers do not expect to have more available until next year.

In his order, Shepherd raised questions about whether the state had adequately weighed whether Wilson is even eligible to receive the death penalty because of his low IQ. The Supreme Court ruled in 1992 that people whose IQ level establishes them as mentally disabled are not eligible for death sentences.