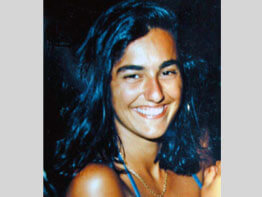 VATICAN CITY – The Feb. 9 death of Eluana Englaro after nutrition and hydration were withheld should lead Italian citizens and their government to find more effective ways to protect and promote human life, said the Vatican spokesman.

“In the name of Eluana we must continue to seek more effective ways to serve life,” said Jesuit Father Federico Lombardi, the Vatican spokesman.

Englaro, who had been in a persistent vegetative state for more than 17 years, died at a private clinic in Udine, Italy, less than a week after her doctors, with the support of her father, began withholding nutrition and hydration. By Feb. 7, doctors said she was receiving only sedatives.

News of her death interrupted an Italian parliamentary debate on an emergency measure to make it illegal to withhold nutrition and hydration from patients who are disabled or in a persistent vegetative state; the measure would have forced Ms. Englaro’s doctors to begin giving her nutrients and water again.

Vatican officials repeatedly have said that the provision of nutrition and hydration is an obligatory, basic part of caring for a person who cannot care for him or herself; it is not an extraordinary means of keeping someone alive and cannot be withdrawn.

During his Feb. 8 Angelus address, Pope Benedict XVI did not mention Ms. Englaro by name, but he offered prayers for “all of the sick, especially those in a most serious condition who cannot provide for themselves in any way, but are totally dependent on the care of others. May each of them experience, through the care of those who are close to them, the power of the love of God and the richness of his saving grace.”

Ms. Englaro, 38, was seriously injured in a car accident in January 1992. After she had been in a persistent vegetative state for five years, her father began a legal battle to win permission to withdraw the nasogastric tube through which she was being provided nutrition and hydration.

In a commentary on Vatican Radio Feb. 10, Father Lombardi said, “In the face of her death, believers gather in prayer and entrust to the Lord the soul of Eluana, a person whom we love and who has become part of our lives in the last few months.

“Now that Eluana is at peace, we hope that her situation – after so much discussion – will be a motive for calm reflection and for a responsible search for better ways to accompany the weakest people with all due respect for the rights to life, love and attentive care,” he said.

Cardinal Javier Lozano Barragan, president of the Pontifical Council for Health Care Ministry, told reporters Feb. 9 that the Christian response to Englaro’s death must be to pray that God “would open the gates of heaven to her after she suffered so much on earth.”

He also said he was praying that God would “forgive those who brought her to this point. And I invite everyone to pray in the spirit of forgiveness.”

In November Italy’s supreme court upheld a lower court ruling that Ms. Englaro’s care could be interrupted because of the “extraordinary duration” of her condition and because she had made it clear before the accident that she would not want her life artificially prolonged.

Once the court ruled, Ms. Englaro’s father spent several months trying to find a private clinic that would accept her as a patient, but not continue giving her nutrition and hydration. She had been in a clinic run by the Misericordine Sisters, who not only refused to withhold food and water, but also made it clear they wanted to continue caring for Ms. Englaro.

Italian Prime Minister Silvio Berlusconi made no public comments about the case until Feb. 5 when he announced his government was issuing a decree to stop Ms. Englaro’s doctors from withdrawing nutrition and hydration.

But Italian President Giorgio Napolitano refused to sign the decree, saying it was constitutionally questionable, and encouraged parliamentary action instead.