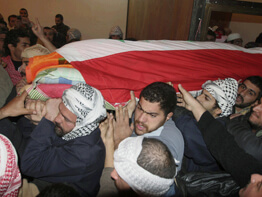 VATICAN CITY – The Vatican newspaper criticized continuing executions in Iraq as a “cruel manipulation” of justice and said the country is veering in the wrong direction.

The comments on the front page of L’Osservatore Romano Jan. 15 followed the gruesome hanging of former Iraqi President Saddam Hussein’s half-brother, who was decapitated by the hangman’s noose when his body dropped through the gallows floor.

A video showed the body of the dead man, Barzan Ibrahim, the former head of the Iraqi secret police, lying on the floor, with his severed head several feet away, still hooded. Iraqi authorities said the decapitation was accidental.

Executed at the same moment was Awad Hamed al-Bandar, the head of Saddam’s revolutionary court. His body swung from a rope in the video.

Both men were convicted of responsibility in the torture and killing of 148 Shiites in 1982.

“A cruel manipulation of justice once again has used the gallows as its instrument,” the Vatican newspaper said.

“After the execution of Saddam Hussein – which was also turned into a spectacle in a way that seriously damaged human dignity – many people noted the urgent need to give signals in the direction of dialogue and reconciliation,” the newspaper said.

“But at the moment, it does not seem such a change of course has occurred,” it said.

Vatican Radio carried an interview with the head of Amnesty International in Italy, Riccardo Noury, that was sharply critical of Iraq for proceeding with executions. Mr. Noury said the hangings were done in a hasty manner following “irregular” trials, and do not serve justice.

“The death penalty should have been abolished in the new Iraqi Constitution. It would have been an important sign that the country was breaking with Saddam’s tradition of violating human rights,” Mr. Noury said.

He faulted the Iraqi government for threatening diplomatic repercussions against the many countries that have criticized the executions. He said the methods and actions of the current government are not very different from the previous regime.