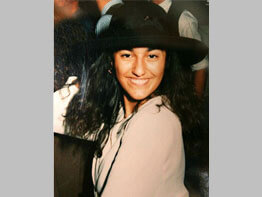 VATICAN CITY – Because Eluana Englaro is alive, caregivers must continue to give her food and water, said the president of the Vatican’s Pontifical Academy for Life.

Archbishop Salvatore Fisichella, president of the academy, hailed a July 31 decision by the procurator general’s office in Milan to ask Italy’s Supreme Court to overturn a lower court decision authorizing the withdrawal of nutrition and hydration at the request of the young woman’s father.

The procurator general’s office said that when Milan’s civil Court of Appeals ruled July 9 that the provision of nutrition and hydration could be stopped it did so without obtaining a clear scientific opinion that the young woman’s condition could never improve.

In addition to saying it would take the case to the Supreme Court, the procurator general’s office asked the Court of Appeals to suspend its ruling so that Englaro’s family does not act before the Supreme Court can rule.

Now 37 years old, Ms. Englaro was injured in a car accident in 1992. She has been in what doctors describe as a persistent vegetative state for 16 years.

Archbishop Fisichella told Vatican Radio Aug. 1 that the Italian justice system must “put the value of life back in first place. Eluana is a young woman who is alive; she is not attached to any machine and this does not involve pulling any plug.”

Carrying out the appeals court decision would involve “simply not giving her anything to eat or drink and this would be a crime, an immense crime,” he said.

The Italian justice system also has to recognize that science cannot say with certainty that her condition is irreversible, “which brings us back to the larger theme of the inviolability of life always, everywhere, despite everything,” the archbishop said.

At the same time, Archbishop Fisichella said no one who has not had a similar experience can judge the young woman’s family or families dealing with similar cases.

“I think we need to make a great effort to be close to these people, very close to the families and insist with great force that no one be abandoned in this condition,” left alone to care for their loved ones for years on end, he said.