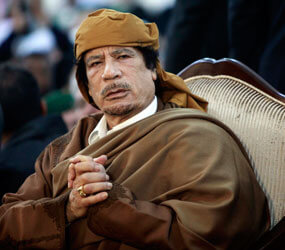 VATICAN CITY – The Vatican said the death of Libyan strongman Moammar Gadhafi marked the end of a “harsh and oppressive regime” that was based on power instead of human dignity.

It expressed hope that the bloodshed would end in the North African country and that the new Libyan government would open a rebuilding phase based on “a spirit of inclusion” and social justice.

The statement was issued by the Vatican press office late Oct. 20, several hours after Gadhafi was reported killed in coastal hometown of Sirte, where he had been barricaded with loyalist troops. His death came after months of bloody civil strife and NATO airstrikes in support of Libyan rebels.