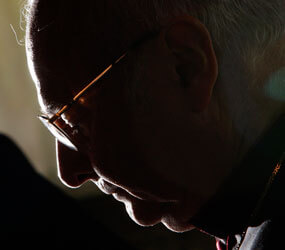 VATICAN CITY – Amid new disclosures of priestly sex abuse cases in Europe, including one in the German archdiocese formerly headed by Pope Benedict XVI, the Vatican strongly defended the church’s response to the crisis and said the pope has led the effort to root out “filth” in the church.

The Vatican statements came in the wake of hundreds of new sex abuse allegations against priests and other church personnel that have surfaced in recent weeks in Ireland, Germany, the Netherlands, Austria and Switzerland.

The pope met with top German bishops March 12 and encouraged them to move ahead “with decision and courage” in investigating the widening scandal of sexual abuse of minors in Catholic schools, Archbishop Robert Zollitsch of Freiburg, the head of the German bishops’ conference, told reporters.

Later the same day, the Vatican responded to a report that a German priest accused of sexually abusing a child had been allowed to return to pastoral work in the Archdiocese of Munich and Freising in the early 1980s, at the time Pope Benedict XVI was archbishop there.

The Vatican press office noted that the archdiocesan official who had returned the priest to ministry had taken “full responsibility” for his “serious error,” and said the future pope, then-Cardinal Joseph Ratzinger, was not involved in that decision.

In 1985, three years after Cardinal Ratzinger had been called to serve as the Vatican’s chief doctrinal official, the same German priest faced new accusations of sexual abuse, and was eventually suspended from the priesthood and convicted in a civil court.

The revelations about the German case made headlines around the world, and some commentators questioned how Cardinal Ratzinger could not have been aware of details of the situation at the time.

On March 13, the Vatican countered by strongly defended the pope against what it said was an aggressive campaign to drag him personally into the widening sex abuse scandal.

“It is evident that over recent days some people have sought, with considerable persistence, … elements that could personally involve the Holy Father in questions of abuse. To any objective observer, it is clear that these efforts have failed,” Jesuit Father Federico Lombardi, the Vatican spokesman, said in a written commentary.

The same day, the Vatican newspaper, L’Osservatore Romano, ran a front-page article under the headline: “The severity of Benedict XVI against the filth in the church.” It said Pope Benedict was being mischaracterized as an aloof administrator with little interest in the scandal, when in fact the German pontiff had led the way in addressing past cases and preventing new ones.

“It is thanks to the greater severity of the pope that various bishops’ conferences are turning a light on cases of sexual abuse, and also cooperating with civil authorities so that justice is rendered to the victims,” it said.

In an unusual interview on March 13, a key Vatican official described in detail the steps taken by the Vatican to confront priestly sex abuse since 2001, the year the Congregation for the Doctrine of the Faith, under then-Cardinal Ratzinger, laid out strict new norms for processing such cases.

The official, Monsignor Charles Scicluna, a doctrinal congregation official from Malta who deals directly with cases of priests accused of abuse of minors, told the Italian Catholic newspaper Avvenire that the allegation that Pope Benedict had covered up sex abuse crimes was “false and calumnious.” As head of the doctrinal congregation, he handled such cases with wisdom and courage, and as pope he has dismissed many priests from the clerical state, Monsignor Scicluna said.

Monsignor Scicluna also emphasized that the Vatican’s insistence on secrecy in the investigation of these cases by church authorities does not mean bishops or others are exempt from reporting these crimes to civil authorities.

“In some English-speaking countries, but also in France, if bishops become aware of crimes committed by their priests outside the sacramental seal of confession, they are obliged to report them to the judicial authorities. This is an onerous duty because the bishops are forced to make a gesture comparable to that of a father denouncing his own son. Nonetheless, our guidance in these cases is to respect the law,” he said.

In countries where there is no legal obligation to report sex abuse accusations, Monsignor Scicluna said, “we do not force bishops to denounce their own priests, but encourage them to contact the victims and invite them to denounce the priests by whom they have been abused.”

Monsignor Scicluna said that since the doctrinal congregation took over juridical control of the sex abuse accusations in 2001, it has processed about 3,000 cases, dealing with crimes committed over the last 50 years. He said about 60 percent of theses cases involved sexual attraction towards male adolescents, 30 percent involved heterosexual relations, and the remaining 10 percent were cases of pedophilia, involving an adult sexual preference for pre-pubescent children.

Most cases of priestly sex abuse against minors have been handled without a church trial because of the advanced age of the accused, and the penalties in such cases has usually been the imposition of strict limitations on the priest’s ministry, he said.

About 20 percent of the cases resulted in a church trial, with most of the accused found guilty (the conviction rate is about 85 percent overall). Punishment can range from restrictions or removal from ministry to dismissal from the priesthood. In the most serious cases – about 10 percent of the total – the pope has dismissed the offender from the priesthood, and in another 10 percent the priest has been laicized at his request, Monsignor Scicluna said.

He said the number of new cases of sex abuse by priests has declined; last year there were 223 cases reported from around the world. And while the majority of the 3,000 or so cases handed by the Vatican since 2001 have been from the United States, by last year U.S. cases had dropped to about 25 percent of the total. The trend is toward a growing number of countries reporting cases, but a drop in the overall number of accusations, he said.

Monsignor Scicluna said that in Italy, “the phenomenon (of priestly sexual abuse of minors) does not seem to have dramatic proportions, although what worries me is a certain culture of silence which I feel is still too widespread in the country.”

Like others at the Vatican, Monsignor Scicluna noted that a very small minority of the world’s 400,000 priests were sexual perpetrators, which he said “does not correspond to the perception that is created when these sad cases occupy the front pages of the newspapers.”

– Several Vatican officials rejected the idea that priestly celibacy is connected to sexually abusive behavior. The pope himself said March 12 that “sacred celibacy” was a priest’s expression of the gift of himself to God and others.

– Archbishop Raymond L. Burke, head of the Vatican’s supreme court, said March 11 that the Vatican should prepare a document giving local bishops and their tribunals a detailed procedure based on canon law for conducting their initial investigations of accusations of sexual abuse against a priest, and help them determine whether it should be reported to the Vatican.

– Archbishop Zollitsch said German bishops had compiled a “catalog” of rules to deal with such cases, including pastoral and therapeutic help for victims and their families, the appointment of a specific person in each diocese for victims to contact, and the creation of a “culture of prevention” with guidelines for schools and church-related activities where children are present.

Full cooperation with civil authorities is part of the procedure, he said, with every case of suspected abuse subject to investigation by local law enforcement as well as church authorities. These investigations remain separate, he said, and the church probe will not have influence over the civil one.

He said the pope had given a favorable review of the German rules, and that the Vatican’s doctrinal congregation was considering whether to extend them to the universal church, as a set of norms or as guidelines.

A Vatican source confirmed that the doctrinal congregation was working on a revision of the 2001 document that established the new universal norms for handling cases of sexual abuse by priests against minors.

Contributing to this story were Sarah Delaney and Cindy Wooden in Rome.