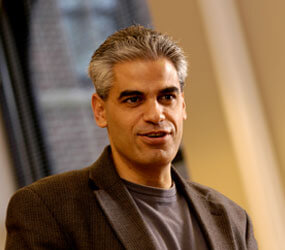 WASHINGTON – From the earliest days of the nation, U.S. and Vatican leaders have considered it worthwhile to keep diplomatic channels open, despite the sometimes rocky political paths involved.

Through times when the Vatican has served as intermediary between sparring nations, to a diplomatic-channel offer from the United States – politely rejected – to find out who might have ordered an assassination attempt on Pope John Paul II, the relationship has often been beneficial to each side, whether the ties were formal or not.

A fortunate bit of timing brought a refresher course in the history of U.S.-Vatican diplomacy to Washington May 28. It was the same day word got out about President Barack Obama’s nomination of theology professor Miguel Diaz to be the ninth U.S. ambassador to the Vatican.

A symposium marking the 25th anniversary of formal diplomatic relations between the United States and the Holy See had long been scheduled at The Catholic University of America. Co-sponsors of the symposium were the U.S. Conference of Catholic Bishops and the apostolic nunciature, the equivalent of the Vatican’s embassy in the United States.

With the late-evening May 27 announcement of Diaz’s nomination, the audience made up largely of academics, bishops, priests and nuns, current and former diplomats, students and reporters was primed the next day for context.

Quoting from a recent journal article he wrote, New York Archbishop Timothy M. Dolan noted that as early as 1783, the Vatican was working through its representative in France to establish contacts in the new country’s government.

Though it would be another 200 years before formal diplomatic ties were established, the Vatican persistently kept diplomatic channels open.

“The Holy See, when eager to advise the United States of particular concerns, would often confide in a prominent American ecclesiastic, most often the archbishop of Baltimore until 1921, and especially during the reign of Francis Spellman, the archbishop of New York,” said Archbishop Dolan.

The intermediaries worked to calm the United States in the weeks leading up to the Spanish-American War; Pope Benedict XV relayed papal plans for peace during World War I, he noted.

Working the other direction, President Franklin Roosevelt sought Vatican guidance for how to deal with a controversial radio broadcaster, Father Charles Coughlin, Archbishop Dolan said. Roosevelt also used his friendship with Cardinal George Mundelein of Chicago and later, his personal envoy to the Vatican, Myron Taylor, to bring various concerns to Rome.

Several former U.S. ambassadors and the United Kingdom’s current ambassador to the Vatican told stories of their experiences.

Among them was the revelation from Thomas Melady (1989-93) that President George H.W. Bush had asked him to inquire whether Pope John Paul II would like the help of U.S. investigators in determining who had ordered the unsuccessful assassination attempt on the pope in 1981.

He later learned that the Vatican had been making diplomatic inroads with Soviet President Mikhail Gorbachev, which were beginning to bear fruit.

“Despite their obvious curiosity about who ordered the assassination attempt, they were more interested in opening up conversations,” Melady said. Gorbachev later expressed respect and admiration for Pope John Paul, crediting him with helping bring about the largely peaceful collapse of the Soviet Union in 1993.

In 2006 an Italian parliamentary commission concluded that orders for the assassination attempt had come from the Soviet Union.

The most recent ambassador, Mary Ann Glendon, in a keynote address, explained that the position doesn’t fit into the usual diplomatic mold, in part because it has no role in trade policy, issuing visas or some of the other typical tasks of an embassy.

The U.S.-Vatican relationship was particularly close during her year in the post, which concluded this January, Glendon said.

“There was no interest in reliving the disagreement from the time of the beginning of U.S. military action in Iraq,” which the Vatican vocally opposed, she said. But there were shared concerns, she said, for human rights, fighting terrorism, fostering religious dialogue and working for peace in the Middle East and other troubled areas.

“Another area of common concern that doesn’t get enough attention is our common commitment to relief of poverty, hunger and disease among the poorest people of the world,” Glendon said.

The Vatican also serves “as an important listening post,” she explained. With thousands of church-run relief agencies around the world, including in places where the U.S. has little or no official presence, and the network of parishes, priests and nuns working globally, the Vatican is positioned “to get information about what’s really going on.”

Nicholas Burns, a professor of diplomacy and international politics at Harvard’s Kennedy School of Government, said during his term as undersecretary of state for political affairs (2005-08) he came to especially appreciate the role of diplomatic go-between played by Cardinal Theodore E. McCarrick, the now-retired archbishop of Washington.

In times of difficulties in the Balkans several years after wars there ended, “we turned to Cardinal McCarrick,” who played an unofficial role in using his church-based connections to help smooth problems, Burns said.

Ambassador Francis Campbell, Great Britain’s representative to the Vatican, in discussing his country’s long history of often difficult relations with the Vatican said one indication of how successful the relationship has been recently occurred just the day before. Former Prime Minister Margaret Thatcher was visiting the Vatican and asked to visit Pope John Paul’s tomb, where she prayed and laid a wreath and commented that he had been “a man of faith and courage.”

Thatcher and the late pope had worked closely together toward ending the Cold War and resolving conflicts in Northern Ireland.

“If there’s any doubt about the power of the Holy See,” Campbell said, “for a Methodist former British prime minister, coming for second time to the tomb of Pope John Paul II, and to leave that message is an example of Holy See diplomacy and why we have an embassy there.”