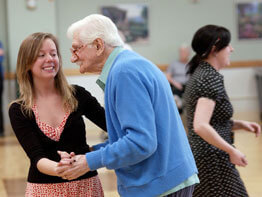 “Generosity is a fundamental part of the culture of the United States,” Mr. Anderson said during a Jan. 23 speech at Jesuit-run Fairfield University, but he noted the philanthropic giving index was down 22 percent in the last six months of 2008.

“Volunteerism will be especially important in this economic environment,” Mr. Anderson said.

“Many charitable organizations are used to providing massive amounts of aid to a great number of people, and mobilizing volunteers, in one geographic area. But this crisis is different,” he continued.

Mr. Anderson used the speech as a kickoff to a planned Feb. 27 summit in New York City on volunteerism and making a charitable response to the current economic crisis. The summit will be sponsored by the Knights and Fairfield’s Center for Faith and Public Life.

The Knights, he noted, had donated 1,200 winter coats for distribution at three Catholic churches in Washington Jan. 19, the federal observance of the Rev. Martin Luther King Jr. birthday holiday and the day before President Barack Obama’s inauguration. President Obama had asked Americans to contribute their time to volunteer efforts on the holiday for a national day of service.

“Such calls to help our neighbor are very important. But we cannot let our efforts to foster volunteerism consist of only one Monday in January,” Mr. Anderson said. “That day needs to be replicated throughout our country, over weeks and months, so that soon we will have made 2009 the year of the volunteer.”

The ethic of volunteerism, according to Anderson, “is what helps Americans pull together to help our neighbors when times are tough or when disaster strikes. We have recently seen an outpouring of giving by our fellow citizens, at home and abroad: to the victims of Hurricane Katrina in the United States, and to those whose lives were shattered by a tsunami in Indonesia, just to name two recent examples.”

“The remarkable strength of the Knights of Columbus – and similar organizations nationwide – lies not only in our ability to give money, but also in our ability to match our members’ time and talent with people in need through an effective grass-roots structure of thousands of active councils motivated by the Christian principle of charity,” Mr. Anderson said.

The Knights have long made public their monetary contributions and their volunteer service. The Catholic fraternal organization, which has its headquarters in New Haven, estimated that in 2008 members of its councils contributed $145 million and gave 69 million hours of volunteer service.

Independent Sector, an umbrella group for charities, assigned a dollar value of $19.51 for each hour of volunteer service, which would translate into approximately $1.33 billion for the Knights’ volunteer service.

Pope Benedict XVI “pointed out the need for cooperation and personal involvement in charity, even when government does an excellent job,” Mr. Andersonsaid, later quoting from the pope’s encyclical “Deus Caritas Est” (“God Is Love”): “Love – caritas – will always prove necessary, even in the most just society. There is no ordering of the state so just that it can eliminate the need for a service of love. … There will always be suffering which cries out for consolation and help.”