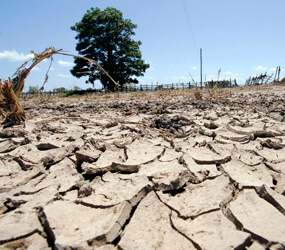 LIMA, Peru – Ever since the Spanish conquistadors set off across the Andes in search of El Dorado, outsiders have sought their fortune in the Amazon. Rubber tapping, logging, mining, oil drilling and ranching have brought riches to some and ruin to others.

Now the region’s Catholic bishops say it is time to stop destroying the rain forest and threatening its people’s welfare in the name of progress.

At a meeting in Manaus, a bustling commercial center carved out of the Brazilian rain forest, they called for policies that “take responsibility for preservation of the biological and cultural diversity of the Amazon.”

The 30 bishops and 35 other church workers and experts rejected both the commercial view of the Amazon as an “inexhaustible” source of natural resources and a gene pool that might hold a cure for diseases, and the romantic concept of the region as a pristine green “lung.”

In a statement issued at the end of the meeting, they pointed instead to the Amazon basin’s “diversity of climates, biota, rivers and natural resources, as well as the historical, cultural, linguistic and territorial traditions of the native peoples who live there.”

Their call for new policies comes at a time of increasing conflict throughout the Amazon. A clash between police and indigenous protesters in northern Peru in June left more than 30 people dead and several hundred injured. A similar protest in southeastern Ecuador in late September resulted in the death of at least one indigenous protester and left nearly 50 people injured.

In both cases, indigenous people were protesting laws they believe will make it easier for mining and oil companies to prospect and develop resources on their lands. By law, in Peru and Ecuador, underground resources – including oil and gas, minerals and water – belong to the state.

At the Manaus meeting, sponsored by the Latin American bishops’ council, known as CELAM, church workers from 11 countries criticized what they called “erroneous beliefs” about the Amazon – that its people and ecosystems are “homogeneous,” that it is a “last frontier that must be occupied,” and that it is the “lung of the world” and a source of “inexhaustible riches.”

They also rejected the view that indigenous people who live in the Amazon basin stand in the way of progress and development.

Covering some 2.3 million square miles, the Amazon basin is about two-thirds the size of the United States. It is home to about 420 indigenous peoples, including 60 who shun contact with the outside world. Many of those groups live along the borders between Brazil and its western neighbors, Peru and Colombia.

Road building in the region has been followed by a herringbone pattern of deforestation, as farmers and ranchers clear land for crops and cattle. Illegal loggers and gold miners add to the environmental pressure, as governments are either unwilling or unable to regulate them.

Even the quest for sustainable development, with its focus on renewable resources and sources of energy like hydroelectricity, responds “to the same commercial mindset of maximization of profits, often to the detriment of people, the rights of (indigenous) peoples and the environment,” the bishops wrote.

Over the years, indigenous people who once ranged for hundreds of miles through forests and along rivers that provided a variety of foods and materials for a livelihood have been squeezed into smaller and smaller areas.

Church workers who have defended indigenous groups and other traditional forest dwellers, such as rubber tappers, against encroaching farms and loggers have been threatened or killed. The best-known recent case was the 2005 murder of U.S.-born Sister Dorothy Stang of the Sisters of Notre Dame de Namur, who was killed in Brazil. But many other church workers also have been killed or threatened.

Some of the threats have been directed at bishops who have spoken out about criminal problems that were mentioned at the Manaus meeting, including human trafficking, drug trafficking and migrant smuggling.

The Brazilian bishops’ conference is particularly outspoken about indigenous rights and land and environmental issues and has established an Amazonian ministry office, along with its Pastoral Land Commission and ministry to indigenous people.

When the violence erupted in Peru, the bishops in that country’s Amazonian region issued a strong statement in defense of the environment and indigenous people’s rights.

At their meeting in Manaus, the region’s bishops emphasized the need for a unified voice and called for CELAM to set up an Amazonian ministry to promote collaboration among the Amazonian countries and between them and the rest of Latin America and the Caribbean.

“Amazonia is part of creation, and we have a responsibility toward it,” the bishops wrote. “This responsibility causes us to recognize the ancient wisdom and the spirituality of the traditional peoples who live there and to recognize in them the faces of the suffering Christ, and to value their communal labor and solidarity as they build a new economy and a new society.”