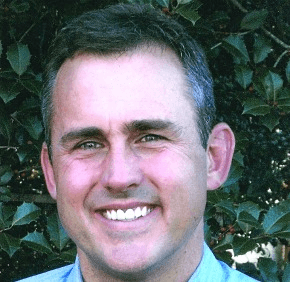 Irony or ironies, it will be sloth – that crippling disease of the will – that will overturn abortion in our lifetime.

It will fall. Make no mistake.

Millions of pro-abortion moms – many millions of them Catholic – will face a horrifying reality within the next two or so decades. Each will have to confront a child who one day will ask the disquieting question: “How could you have supported what they did to those babies?”

In this golden age of evil and darkness that preys on our most innocent, modern American parents have lazily and unknowingly spoon-fed their children a high-fat diet of inactive emotionalism. This rearing will become their ghost.

Children constantly see Mom and Dad with their heads bowed to their cell phone, the advanced American genuflection to sloth. While we peck out another text, our child impatiently awaits our attention yet again. Parents’ unfocussed “hold-on-another-sec” has grown into one of Western Culture’s holiest and most-recited psalms.

Moms riveted to that insufferable Bachelor who over-my-dead-body-will-get-that-rose has a child getting another nightly thumb workout on her computer game, alone in her bedroom. Dad has the game on in the other room. And of course, we’re Krazy-glued to Facebook when it’s time for little Olivia and Jackson’s bedtime prayers.

While their tiny souls starve behind closed bedroom doors, we’re off fighting lion-killing online. Fully engaged from our couch, we pick fights with cancer and puppy and climate abusers – while helping to heal others with “karma” and “positive vibes.” And as our child’s eyelids finally drop for sleep, we are emotionally satisfied by our finger-tapping deeds. Until the next morning, when we go at it again.

Because small children are growing up habitually watching Mom and Dad with their snouts buried deep in another technological trough of ephemeral emotionalism, they have been forced to learn little else but how to be fleetingly stimulated. Sloth is the disease of the soul that inclines us to avoid effort, contemplation and hardship in relation to our spiritual growth. It causes us to race to the path of least resistance and pushes us to please ourselves – if only for just the moment. And then another moment. And another.

It is the poisonous connection of the dots that continually feeds our emotional impulses, but nothing else. No wonder it’s one of the deadliest sins. An example: if I’m driving down the road after work and know I should (and need) to pray the rosary – but “Come On Eileen” just comes to life on 102.7 FM – and I choose the song instead of the rosary – I become a shining example of sloth. Because 99 times out of 100, I will not go for the rosary once the final musical note has ended. Easy emotion wins. And an opportunity of grace dies.

Abortion backers tweet out, “# I support Planned Parenthood” without a fleeting consideration that its founder wanted to exterminate blacks. In the swampland of their logic, Planned Parenthood’s daily murder rate takes the back seat because PP pushes out condoms and checks on diseases. More black babies were aborted than born in New York City last year, but “hey, that’s just another ‘anti-abortion’ lie, like those ‘heavily-edited’ videos.

A woman sits with a sign showing a baby as she attends a “Women Betrayed” rally to
Defund Planned Parenthood on Capitol Hill in Washington July 28. (CNS photo/Carlos Barria, Reuters)

Children today are suffocating in a pile of emotional manure. And we parents are the reason why. But, sadly, in a paradoxical sort of way – this will be a wonderful gift for those who stand for children in the womb. Although Planned Parenthood and the pro-abortion set will make every effort to spin away from the gore of those videos, reality is reality. Clearly, these are torn-up babies in petri dishes. The curtain has been lifted. And because your daughter has been raised without many opportunities to think – but just to emote like Mom or Dad – she will clearly react to what you do not: it is a baby.

As the years unfold and higher-resolution sonogram machines upgrade to an even greater degree of crystal clarity – Satan’s greatest tool of destruction in the 21st century – modern technology – will ironically turn on him. More and more close-up views of those wiggling fingers and toes at 10 weeks will kill the abortion industry. This phenomenon of grace and pervading truth will sweep over America overnight. It will come very fast. Your children will know – without even thinking, of course – that abortion is murder.

The great obstacle that Planned Parenthood ringleader Cecile Richards needs to overcome is the higher-resolution image of the pre-born wiggling finger. The toe nails. The tiny thumb in the mouth. And that she cannot do no matter how she spins it. Even the laziest mind will smile at a tiny, wiggling finger – and grow nauseous and violently ill when viewing a tiny, bloody, decapitated head.

Because Planned Parenthood backers have been so emotional and slothful, so will their children be – just in the wrong direction. They won’t be swayed by soaring political rhetoric or the shallow-rooted masquerade of “women’s health” and “women’s rights.” With certainty, their small children will know that it is innocence and life within the womb – and they won’t even have to think twice about it. And soon they will have to deal with the devastating weight of their daughter’s question. “How could you?”

Kevin Wells, a 1990 graduate of what is now Loyola University Maryland in Baltimore, is a parishioner of Our Lady of the Fields in Millersville. He is a former sports reporter and the author of “Burst: A Story of God’s Grace When Life Falls Apart” (Servant Books).