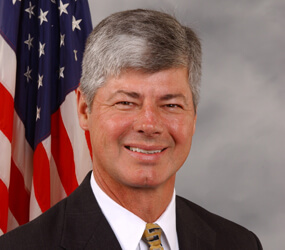 WASHINGTON – After 16 years in Congress struggling with his party and even sometimes with his church over his status as a pro-life, Catholic Democrat, Rep. Bart Stupak of Michigan was able to put his convictions to powerful effect in the passage of the Affordable Health Care for America Act.

With the fate of the House version of massive health care reform legislation hanging by a thread, Stupak managed to bring together a crucial number of votes to pass the bill Nov. 7, by a vote of 220-215, but only after Democratic leaders agreed to permit a vote on his amendment to strictly prohibit any federal funds from going to fund abortions. The amendment passed and Stupak’s votes for the final bill came through as promised.

In a Nov. 9 phone interview with Catholic News Service, Stupak said the key to persuading 64 Democrats to support his amendment was the argument that it would change nothing in current law. Since 1976 the Hyde amendment to appropriations legislation has prohibited federal funding of abortion, but it must be renewed annually.

Stupak’s amendment, which passed 240-194, would prohibit the use of federal funds to pay for most abortions, including barring abortion coverage from insurance plans which consumers who purchase on their own using government subsidies. The U.S. Conference of Catholic Bishops and other pro-life organizations had threatened to oppose any final bill that did not include such provisions.

The Senate will now take up its own version of health care legislation. Assuming that passes, differences between the bills will be worked out in a conference committee and both House and Senate will have to vote again on the final version.

Stupak said he had been working on building support for his amendment since Labor Day, and spent much of the day of the House vote touching base with every member who he thought might support it.

“We didn’t try to reach for more than what is in current law,” he said. “A number of pro-choice Democrats voted with us for that reason.”

Stupak downplayed the political coup represented by the success of his amendment, saying, “what’s important is we’re protecting the sanctity of life.”

The number of pro-life Democrats in Congress has steadily grown in the last few elections, partly as a result of the Democratic Party’s concerted effort to support such candidates in a few select races. But they are still vastly outnumbered and Stupak has long been at the forefront of trying to get recognition that their views deserve a place in a party long been known for opposing most limits on abortion.

Stupak’s sometimes lonely role as a pro-life Democrat not only has brought him grief within the party, but within his Catholic Church. He tells of being shunned at a public event by one prelate who, upon being told by an aide that Stupak was a pro-life Democrat, said “there’s no such thing” and turned his back on the congressman.

In this case, Stupak said the calls and letters to members of Congress from Catholic leaders and pro-life organizations were very helpful in persuading some members to join his coalition.

Stupak said he recognizes that it’s hard for members of Congress to go against their own party, making the support of those 64 Democrats particularly noteworthy.

But he also said there’s a lesson for pro-life organizations to not count out congressional Democrats.

“This sends a strong signals that Democrats are critical to the pro-life movement and that we’re willing to buck our leadership when it’s necessary,” he said.

While many pro-life organizations lauded Stupak’s amendment, some, notably the American Life League’s Judie Brown complained that the House bill still allows government-funded abortions in cases of rape and incest, which are allowed under the Hyde amendment.