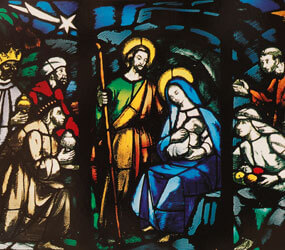 VATICAN CITY – Young people can send Pope Benedict XVI a Christmas greeting personalized with a photograph and they can send their friends electronic Christmas cards featuring a message from the pope.

The Vatican’s special Web site for young people – www.pope2you.net – has been doing a brisk business since it was launched last May and already visitors can see more than 300 of the photographic Christmas greetings that have been sent to the pope.

Archbishop Claudio Celli, president of the Pontifical Council for Social Communications, which designed and maintains the site, told Vatican Radio that it was natural for a site that wanted to bring the pope and young people closer together to make an extra effort at Christmas.

“We wanted to ensure that in this Christmas season there could be a livelier, more beautiful, more profound” encounter between the pope and young people, he said.

Archbishop Celli said that since the site launched, people have used it to send more than 200,000 e-cards to their friends. And that was before his office designed the Christmas cards: four images with quotes from Pope Benedict’s speeches. Each of the four cards is available in English, Spanish, Italian, German and French.

The Pope2You site includes a link for sending a Christmas greeting to the pope and for uploading a message and photograph to the “Pope2You – Christmas Cards’ photo stream” on Flickr, a photo-sharing Web site. By midday Dec. 21 almost 350 photos and greetings were available for viewing. Baby pictures and photos of Nativity scenes dominated, although there was a fair number of family photographs posted as well.

Monsignor Paul Tighe, secretary of the communications’ council, said the Vatican has not done a big publicity push for the Christmas greetings because his office felt it was important “to watch and learn how social networking really works” on the Internet through Web sites like Facebook.

The Irish monsignor said the Flickr contributions are reviewed before being made available to the public because “obviously, there is an obligation on our part to ensure the material is suitable.”

His office plans to collect all the contributions on a disc and give it to the pope, along with a printed copy of sample highlights.