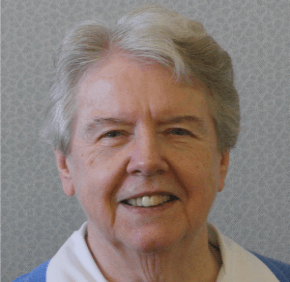 By Catholic Review Staff
A funeral Mass for Sister Vincentia Goeb of the Daughters of Charity of St. Vincent de Paul was offered Dec. 3 at the Basilica of the National Shrine of St. Elizabeth Ann Seton in Emmitsburg.

A native of Astoria, N.Y., Sister Vincentia entered the Daughters of Charity in 1949. She earned a bachelor’s degree from the former St. Joseph College in Emmitsburg in 1962 and a master’s degree from Boston College in 1973.

Her ministry, largely in education, included teaching at the former St. Dominic School in Baltimore as well as schools in Virginia, Ohio and Maryland schools in the Archdiocese of Washington. She also served as a principal.

Sister Vincentia served as education councilor for the former Southeast Province from 1980-89, a position based in Emmitsburg. Her additional ministry included education and administrative positions, including administrator of St. Joseph Provincial House (1999-2005) and director of heritage ministries (2005-09), both in Emmitsburg. She had also served as chairwoman of the board of Sacred Heart Hospital in Cumberland.

From 2009 until her death, she ministered in mission integration at St. Agnes Hospital in Baltimore.