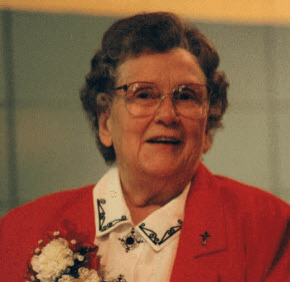 By Catholic Review Staff
A funeral Mass for Religious Sister of Mercy Mary Joannes Clifford , a beloved figure to many in the Archdiocese of Baltimore, will be offered Nov. 9 at Mercy High School in Baltimore. Sister Mary Joannes died Oct. 30. She was 87.
A native of Miami, Sister Joannes was a member of the Sisters of Mercy for 68 years.
After professing first vows in 1948, Sister Joannes taught at schools in Alabama, Virginia and Maryland before serving at Mercy High School from 1960 to 2013.
She began serving at the Baltimore City school the day it opened, and maintained close connections with its alumnae. From 1960 to 1972 she taught math, and she served as the school’s admissions director from 1972 to 1980.
After a year-long sabbatical at the Catholic Theological Union in Washington, D.C., Sister Joannes returned to Mercy as the director of alumnae relations. She served in that role until 1999.
At Mercy, Sister Joannes published a quarterly newsletter featuring the activities and accomplishments of alumnae. She organized and served as a hostess for anniversary events and tracked nearly all graduates from 1964 and 1999.
From 1999 through June 2013, she aided alumnae and development efforts.
Sister Joannes had a passion for ministering to the divorced and founded Friends of Mercy, a support group for people who are separated, divorced and widowed in 1987.
In an obituary she drafted on Sister Joannes, Religious Sister of Mercy Augusta Reilly spoke of the late sister’s “colorful character.”
“She was a great cook and an indefatigable coupon collector who loved to do the grocery shopping for her sisters. For one entire school year, she traveled to work daily on a motorcycle. When asked recently why she did that, she responded, “Well, I just liked it.” She was also an ardent Ravens and Orioles fan who was reputed to sometimes be listening to Orioles games on her headset radio while also teaching.”
Sister Joannes earned a bachelor’s in math from the former Mount St. Agnes College in Mount Washington and a master’s from Reed College in Portland, Ore.
A wake service in memory of Sister Joannes will be held at Mercy Villa, 6806 Bellona Avenue Nov. 8 at 6:30 pm. Her remains may be viewed any time after 3 p.m. that afternoon. A Mass of Christian Burial will be celebrated at Mercy High School Nov. 9 at 11 a.m.
In lieu of flowers, contributions may be made in memory of Sister Joannes to Mercy High School, 1300 East Northern Parkway, Baltimore MD 21239. Sister Joannes is survived by two nieces, Leslie Clifford O’Neil of Pasadena, and Vicki Clifford of Baltimore; two nephews, Christopher and Gordon Clifford, also of Baltimore; and a whole host of friends, past students, and Sisters of Mercy.
To read more obituary articles, click here.
Also see:
Where are they buried? Learn about the final resting place of some noteworthy Catholics from the Archdiocese of Baltimore
Joint venture in Sparks nourishes thousands
PrevNext