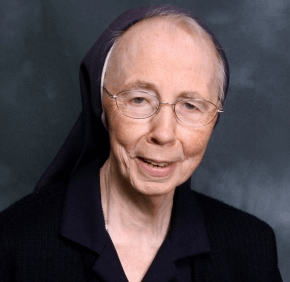 Born in Richmond, Va., in 1934, Sister James Regina entered the Daughters of Charity of St. Vincent de Paul in 1952. She earned a bachelor’s degree in elementary education from the former St. Joseph College in Emmitsburg and a master’s degree in theology from St. Michael’s College in Colchester, Vt.

She entered the Ministry of Prayer at Villa St. Michael in Emmitsburg in 2011, and continued in it until her death.