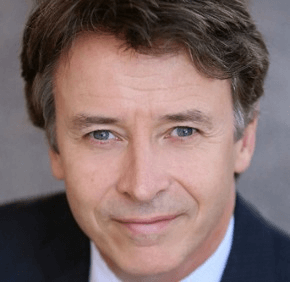 Karl Einolf, dean of the Richard J. Bolte Sr., School of Business has been named by the Mount St. Mary’s University Board of Trustees as the school’s acting president, according to a news release from the school.

“The board is grateful to President Newman for his many accomplishments over the past year, including strengthening the university’s finances, developing a comprehensive strategic plan for our future, and bringing many new ideas to campus that have benefitted the entire Mount community,” said John Coyne, chairman of the Mount St. Mary’s University Board of Trustees, in the release. “We thank him for his service.”

Newman faced mounting criticism over language he used to describe struggling freshmen and for the way he handled the fallout. (See article here.)

Archbishop William E. Lori, who is a member of the board of trustees for the university, said the trustees worked hard to understand the situation. “I think their deliberations were good and I think the outcome was the proper one,” the archbishop told the Catholic Review while in Rome for a pilgrimage of faith leaders from Baltimore.

“Certainly Mr. Newman had some very creative ideas about ways the Mount could flourish in the future and certainly he accomplished a number of important things. But I think that it’s important now for the Mount to stabilize and to turn the page and move ahead,” Archbishop Lori said.

The board of trustees had issued a statement Feb. 15 saying that board members would be on campus in the following two weeks “take the time to listen, and to hear from all of the constituencies involved.”

The archbishop said it is always important to listen to people who are on the ground, adding that discussions with faculty, staff and students provided the trustees with a more complete picture of the situation. “That’s always helpful when you have to face a difficult situation,” he said.

In a statement from the university, Newman said he was “proud of what I have been able to achieve in a relatively short time particularly in helping the university chart a clear course toward a bright future.”

“I care deeply about the school and the recent publicity relating to my leadership has become too great of a distraction to our mission of educating students,” he said. “It was a difficult decision but I believe it is the right course of action for the Mount at this time.”

Before Einolf’s appointment to dean of the Bolte School of Business in 2012, he served on the faculty as a professor of finance, according to the news release. He was a recipient of the University’s Richards Award for Teaching Excellence, and he served for six years as the Director of the Mount’s Honors Program. He has published papers in numerous business and economics journals, and has presented his work at national and international conferences. Before joining the Mount in 1998, Einolf served the Sprint Corporation in various finance, marketing, and human resource positions.

Archbishop Lori said the university’s bylaws “call for a search before a president is appointed, but what form that will take, that’s not clear yet.”

This story was updated March 1 at 1:17 p.m. Christopher Gunty contributed from Rome.