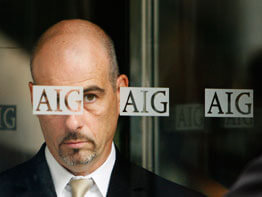 WASHINGTON – The financial shocks that have staggered the U.S. economy in September have raised worries about the prices of housing, energy and food as well as retirement income, said a spokesman for a Catholic-run investment services firm.

Those shocks include federal takeovers of mortgage-loan giants Fannie Mae and Freddie Mac as well as insurance giant American International Group, or AIG; the bankruptcy of financial services firm Lehman Bros.; a sharp rise in the number of jobless in the country; and a steep decline in the value of the stock market.

“The American public are investors in the stock market through 401(k) programs,” said Frank Haines, chief investment officer for Christian Brothers Investment Services, which directs a $4 billion portfolio for the Christian Brothers and other religious orders.

“They’re concerned …, number one, their housing values are falling, not rising. They’re concerned about energy prices, food prices,” he said. “They’re worried that, in their mature years, will they be able to retire?”

“For clients who might be closer to 60 (than) they are to 30, we put out a comment piece for our distribution system to remind our clients what’s going on,” said Chat Horning, chief investment officer for Mennonite Mutual Aid in Goshen, Ind., a fraternal organization analogous to the Knights of Columbus which has a portfolio worth nearly $1.9 billion.

“During the calm times it’s best to think about their investment objectives. What’s their tolerance for risk? Now’s the time to check that again. It only changes if something fundamental has changed,” he said.

“The phone calls we’ve received in the past week mainly have been new account holders rolling over their money,” said Sam Saladino, portfolio manager for the Epiphany Faith and Values 100 Fund in Fort Worth, Texas, during a Sept. 17 telephone interview with Catholic News Service.

Epiphany was created less than two years ago and manages about $2 million in assets, all from individual investors.

Epiphany excludes investments in several kinds of companies, including firms with Occupational Safety and Health Administration fines levied against it and firms that contribute to Planned Parenthood. “Our fund’s still down, about 8 percent for the year, and the S&P (Standard & Poors) is about 18” percent down, Mr. Saladino said.

Sister Amata Miller, an Immaculate Heart of Mary sister who is an economics professor and director of the Myser Initiative on Catholic Identity at the College of St. Catherine in St. Paul, Minn., said “As people lose confidence in the economy it becomes a self-fulfilling prophecyMr. Haines, of Christian Brothers Investment Services, suggested that individuals already in the market should stick with it.

“If you bail out now and go to cash, you just lock in the losses that occurred, and get out of the potential for an upside,” he said. “Every individual should have a long-term (financial planning) policy in mind, and stick with it.”

Frank Rauscher, senior principal at Aquinas Associates in Dallas, concurred. “Don’t panic. Look out for yourself, because those financial institutions aren’t going to look out for you. If you’ve got an ARM (adjustable-rate mortgage), refinance. But don’t panic.”