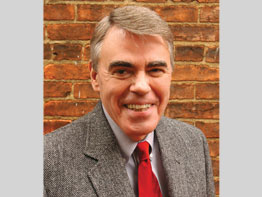 Richard J. Dowling, widely credited with transforming the Annapolis-based Maryland Catholic Conference into one of the most respected and influential political lobbying organizations in the country, will retire before the end of the year after serving 24 years as executive director.

The 67-year-old Pennsylvania native announced his retirement July 29 in Rhode Island during the annual meeting of the National Association of State Catholic Conference Directors. Mary Ellen Russell, who currently serves as the Maryland Catholic Conference’s deputy director for education and family life, will succeed him.

Representing the public policy interests of the Archdiocese of Baltimore, the Archdiocese of Washington and the Diocese of Wilmington, Del., Mr. Dowling was a familiar and formidable presence in the state capital throughout his tenure. During the annual 90-day General Assembly, he regularly testified on a wide range of issues related to the sanctity of life, social justice, education and other Catholic concerns. He met with governors, senators and delegates, and cultivated the annual Lobby Night that brings more than 600 Catholics to Annapolis every Presidents Day to make their voices heard on the public square.

“Dick is known and respected by nearly everyone in Annapolis, whether legislator, staffer or lobbyist, and his candid but always pleasant demeanor has well-positioned the conference and the church it represents in Annapolis,” said Archbishop Edwin F. O’Brien, chairman of the conference’s board of governors.

Mr. Dowling advocated the Catholic Church’s position on important issues with “clarity and conviction,” said Archbishop O’Brien, adding that in a recent poll, Catholic conference directors from across the country named the Maryland Catholic Conference the best in the nation.

In a telephone interview from Rhode Island, Mr. Dowling told The Catholic Review he is “deeply grateful” to the Maryland-serving bishops for their support and trust. He also thanked his colleagues at the conference, as well as many others who have supported the group’s advocacy efforts.

Mr. Dowling came to the Catholic Conference in 1984 after serving as executive director of the American Society of Allied Health Professions. He previously was a legislative assistant to former U.S. Sen. William D. Hathaway of Maine and director of governmental affairs for the American Speech and Hearing Association.

At the time of Mr. Dowling’s arrival, there was only one other person on the conference staff. The office was located far from Annapolis, at St. Mary’s Seminary and University in Roland Park.

Mr. Dowling built the staff to include three associate directors, an administrative assistant, a communications director and a team of interns and volunteers.

The conference headquarters relocated to a building near the Catholic Center in Baltimore before moving to Duke of Gloucester Street in Annapolis in 1990. Sixteen years later, the conference purchased its own 7,000-square-foot building on Francis Street within walking distance of the state house.

Mr. Dowling, a former officer in the U.S. Army and the first nonacademic to be named a National Leadership Fellow of the W.K. Kellogg Foundation, believes the Holy Spirit led him to the conference.

“I really believe this job was made for me and I was made for this job,” said Mr. Dowling, a parishioner of the Church of the Little Flower in Bethesda.

Some of the conference’s legislative victories during Mr. Dowling’s tenure include bans on the execution of juveniles and persons with mental retardation, the prohibition of assisted suicide, the establishment of the state’s earned income tax credit, and the exclusion of religious cemeteries and health care institutions from proscriptive regulation.

In 1992, Mr. Dowling and the conference were successful in bringing the state’s permissive abortion law to referendum, but voters upheld the controversial measure. The conference suffered another major setback when state funding for embryonic stem-cell research was approved several years ago despite the conference’s vigorous opposition.

During the last several years, Mr. Dowling helped lead advocacy efforts to maintain marriage as the union of one man and one woman and to assist immigrant families. The conference was also critical in the formation of the Gabriel Network, which provides housing and other assistance to pregnant women in need, and Maryland Citizens Against State Executions, where Mr. Dowling serves on the board.

“When you work for the church in this capacity, every advocacy loss seems like the end of the world,” said Mr. Dowling. “Recovering from them and pressing on has been the biggest challenge.”

Establishing relationships with lawmakers was a key to making the conference a success, Mr. Dowling said.

“There are 188 members of the General Assembly, and there are 188 different relationships with those members,” he explained. “They all are differently maintained.”

Archbishop William D. Borders said it was Mr. Dowling’s grasp of the issues, his background in government and his ability to communicate with lawmakers that convinced him to hire the Scranton, Pa., native to lead the conference. Mr. Dowling received his bachelor’s degree from the University of Scranton, his master’s degree from Boston University, and his law degree from Georgetown University.

“He knew how to deal with the power structure,” Archbishop Borders said, “and he had a good background in current events.”

Bishop Michael A. Saltarelli, apostolic administrator of the Diocese of Wilmington, and Archbishop Donald Wuerl of Washington both heaped praise on Mr. Dowling.

“He is a man dedicated to the church and its teachings,” said Bishop Saltarelli, who has worked with Mr. Dowling for more than a dozen years. “He brings a calm but strong presence to his office.”

In his retirement, Mr. Dowling hopes to finish writing a work of fiction he started several years ago. He also plans to read, enjoy time with his three grandsons, listen to jazz and travel.

No date has been set for Mr. Dowling’s last day on the job.