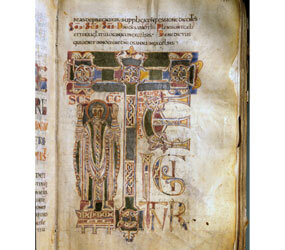 WASHINGTON – When the third edition of the English-language version of the Roman Missal is implemented at Advent, it will mark the continuing evolution of the eucharistic liturgy that began in the earliest days of the church.

The most recent changes – which more closely reflect “Liturgiam Authenticam” (“The Authentic Liturgy”), the Congregation for Divine Worship and the Sacraments’ 2001 document on liturgical translations – are unlikely to be the last, liturgists agree.

From Aramaic to Greek to Latin to vernacular language after the Second Vatican Council, the Mass has evolved over 2,000 years in an effort to help worshippers appreciate the mystery that is God.

The translation that began being implemented in English-speaking countries in 2010 has been openly criticized by some clergy and liturgy experts for its structurally complicated language that they believe strays from the intent of Vatican II’s liturgical reforms. But other liturgists responsible for catechesis on the missal are reminding the faithful that the translation helps bind modern-day Catholics with early Christians through its more authentic language.

“People may find it interesting that this has developed over centuries. It isn’t something dropped out of the sky at Vatican II, but it has a history,” said Christina Ronzio, director of the Office for Worship in the Cleveland Diocese.

“What it does is it establishes continuity of that tradition of the church,” she said.

The Missal of Pius V appeared seven years after the Council of Trent concluded its work in 1563, implementing the council’s call for uniformity in liturgical books. Convened in response to Protestant disputes with the church, the council met in 25 sessions in three periods beginning in 1545. By its conclusion the council codified the celebration of Mass and defined church teaching on Scripture and tradition, original sin, justification, the sacraments and the veneration of saints.

The council allowed religious orders that had their own liturgical rites in place for more than 200 years – among them the Dominicans and the Franciscans – to continue using their own missal. Those missals continue in use today with updated translations approved by the Vatican.

In part, credit the development of the printing press for the missal’s introduction in the 16th century, said Father Richard Hilgartner, executive director of the U.S. Conference of Catholic Bishops’ Secretariat on Divine Worship.

“The idea of trying to codify the liturgy prior to the invention of the printing press, it was just seen as a huge obstacle because you couldn’t reproduce it,” Father Hilgartner said.

Until the late 16th century, holy books were reproduced by hand by monks, making widespread distribution of sacred texts impractical.

But long before the first missal was promulgated, a desire for consistency in worship began to emerge. Some Mass prayers can be traced to the third century, said Rita Thiron, director of the Office of Worship in the Diocese of Lansing, Mich., citing the second eucharistic prayer, which dates to about 215.

In a series called “Welcoming the New Roman Missal” on the Lansing diocesan website, Thiron wrote that by the fourth century worship became more formalized because of a growing concern for orthodoxy. That concern led to standardization of prayers and readings in various rituals.

In 785, Pope Hadrian I gave a copy of the Gregorian Sacramentary to Charlemagne, king of the Franks, who unified liturgical practice in Western Europe by expanding the Sacramentary’s use among faith communities across the continent.

At the same time, Latin was becoming the language of the church. Father Daniel Merz, associate director of the USCCB’s Secretariat of Divine Worship, explained that the use of Latin took several hundred years to emerge, beginning in the third century; by the 10th century it was widespread.

“But even in Rome it’s interesting that the first several hundred years you can see there was this concern to have the language be in the language of the people,” he said.

After the Council of Trent it would be more than four centuries before the Roman Mass saw significant changes. Even though several popes granted concessions to missionaries to allow Mass to be celebrated in local languages to aid in evangelization – including Mandarin in China in the early 14th century, Arabic for the Carmelites in Persia in 1624 and Iroquoian for the Jesuits in 1773 near modern-day Montreal – Mass changed little until Vatican II.

The first document to emerge from Vatican II in 1963 was the Constitution on the Sacred Liturgy (“Sacrosanctum Consilium”), which called for “full, conscious, and active participation” of all people in the liturgy. The missal reflecting those principles, known as the Missal of Paul VI, was approved in 1969.

That missal was translated into English by 1973 by the International Commission on English in the Liturgy, known as ICEL. It was slightly revised in 1975 with the addition of new eucharistic prayers for reconciliation. That English translation appeared in 1985 and remains the missal in use until Advent.

But some Vatican officials felt that version of the missal could be improved and set about working on still another translation.

In 2001, the third translation was issued. It incorporates the changes that will take effect at Advent. It took ICEL nearly a decade to translate the changes into English and gain Vatican approval, but not without tension.

Diocesan-based liturgists Ronzio and Thiron both have included a discussion of liturgical history in their workshops on implementing the translation after initially hearing from people who perceived the translation as betraying Vatican II’s promise. With knowledge of history, the anger has largely disappeared, they said.

“One of the things (people) appreciate most about the Catholic faith is tradition,” Thiron said. “When they see tradition is being preserved, they’re comfortable with that.”