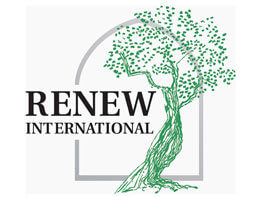 WASHINGTON – Thirty years ago a Scripture-based renewal program took root in the Archdiocese of Newark, N.J., and in that time it has spread throughout the United States and overseas.

What was intended to be an archdiocesan program simply called Renew, and today called Renew International, has been used in the vast majority of U.S. dioceses.

One might think that something now entering its fourth decade couldn’t get away with calling itself Renew, but as Dominican Sister Terry Rickard, executive director, explained, “It’s kind of like the church. The documents call for the ongoing renewal of the church. … We’re all renewing ourselves.”

And, like the leafy tree Renew uses for its logo, it has branched out into areas not considered when it was first started in 1978.

Once “classic Renew” – the original series – had run its course, Renew officials in Newark set about to tie an updated version to preparations for the third millennium, which led to a Renew for the new century.

Now Renew offers, among other programs, Renew: Spiritual Renewal for the 21st Century, Campus Renew, Arise Together in Christ, and Renew Worldwide for those living outside the United States – 23 other countries have used a Renew program.

And it recently took responsibility for expanding the growing Theology on Tap phenomenon after working out a partnership with the Chicago archdiocesan priest who founded it as a way to bring young people together to talk about their faith in an informal setting, like a pub.

With the exception of Renew Theology on Tap, the programs offer the same three-year, six-”semester” process of Scripture study, prayer, individual reflection and personal renewal.

The renewal also can take on a collective form.

In an interview with Catholic News Service, Sister Terry told of a participant in a Renew program called Why Catholic? who brought Communion and food to the elderly in her Arkansas parish and grew disgusted with the sorry physical state of one woman’s home, which regularly leaked when it rained.

Discussing the situation during her Why Catholic? session and resolving to put her faith into action, the participant in just three days marshaled the volunteer efforts of eager teens and experienced bricklayers to build a new, leak-free home for the woman right next to the dilapidated house in which she had been living.

Why Catholic? small groups typically number eight to 12. They meet for eight six-week “seasons,” once in the fall and once to coincide with Lent, according to Deirdre Malacrea, a Renew spokeswoman. She’s also a small-group leader for Renew in her New Jersey parish.

Why Catholic? is longer than the original Renew, which ran five seasons, to cover the four pillars of the Catechism of the Catholic Church: the creed, the sacraments, Christian morality and prayer. “You’re really covering a lot of terrain over that time,” she said.

The number of participants in a parish may range from a handful to a thousand, according to Malacrea. Given the size of many U.S. parishes, “several hundred is not unusual,” she said, adding that parishioners not able to participate in small groups have opportunities to be part of the parish renewal effort through liturgical observances and bulletin inserts.

The typical 90-minute small-group session opens with a prayer or a song, followed by some written reflections, then come discussion questions interspersed with scriptural content – all of it “in the context of prayer but always in a supportive group,” Malacrea told CNS.