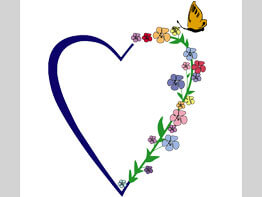 Donna went from the jubilation of carrying a “miracle” to nearly two decades of despair.

From that mental anguish, she has achieved healing and wholeness, thanks to her conversion and the support of Rachel’s Vineyard.

Its retreats aid men and women struggling with the emotional and spiritual pain of an abortion. It is based in Catholicism and supported by Priests for Life, but according to its literature, “welcomes individuals of all denominations.”

The path to Catholicism and Rachel’s Vineyard were on parallel tracks for Donna, who is from a western county in the Archdiocese of Baltimore. (At her request, The Catholic Review is using only her first name).

Here is Donna’s story in her own words about the December 1988 abortion of her child, and how she eventually found faith and peace.

“I was born and raised Episcopalian, but married in the Catholic Church. I was widowed at 29 with a young son in 1985, when my husband died of heart failure. I remarried in haste, looking for a father for my son.

“I had a daughter with my second husband. She was 6 weeks old when he was diagnosed with testicular cancer, and informed me that he didn’t care if we had any more children. That should have set off an alarm.

“My daughter was almost 2 when I became pregnant. I told myself ‘this is a miracle,’ but my husband said ‘no way.’ I felt like I was in a desperate situation. I had just moved to Maryland, and had no friends here. I was looking at it from a worldly point of view, ‘can I afford it?’ I was mad at God. The world tells you it’s a quick solution. It is not.

“My husband dragged me to Planned Parenthood in Baltimore, and dropped me off. I was crying the moment I walked in. One woman said ‘you don’t have to do this,’ but that was it. … I was numb, immediately devastated, with self-hatred and hatred for my ex-husband. I wanted nothing to do with him. The following April, we split up.

“I believe abortion causes post-traumatic stress syndrome, because it did with me. … I remember asking a door-to-door evangelist, ‘Does God save people who have had an abortion?’ I felt God could not forgive me for what I had done.

“A few years ago, my son was dating, and announced to me that I was going to be a grandmother. He and my daughter-in-law got engaged. I am so proud of them, that they chose life. That made me more judgmental of myself; it was a wake-up call for me.

“I had been looking for spirituality, but had trouble finding a place that was comfortable. A friend took me to her (Catholic) church. During the petitions, the priest said to pray for men and women who are struggling with abortion. The tears started streaming down my cheeks. ‘Oh God, this church doesn’t condemn?’

“That shined a light on my wound. I entered RCIA (Rite of Christian Initiation of Adults), and my sponsor encouraged me to go to Rachel’s Vineyard. I didn’t know what to expect. All I know, I was tired of carrying around the repression and guilt.

“I truly, truly experienced the face of Christ at Rachel’s Vineyard. I felt the body of Christ was administered to me there. It was such a restorative experience. There’s a memorial service at the end of the retreat, where you’re encouraged to name your child. I did not know her gender, but I felt it was a girl. I speak to Dominique.

“That was in March 2006. The next month, I was confirmed. I’m a volunteer with Rachel’s Vineyard now. If God is not in the equation, healing is not going to come. We can’t save ourselves. That’s why God sent us Christ.”