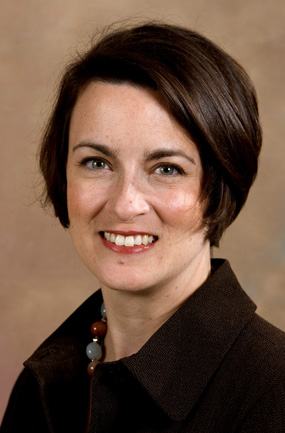 WASHINGTON – A U.S. District Court judge’s decision giving 17-year-olds over-the-counter access to the morning-after pill known as Plan B “will put minors’ health at greater risk,” according to a pro-life official of the U.S. Conference of Catholic Bishops.

Deirdre McQuade, assistant director for policy and communications in the USCCB Secretariat of Pro-Life Activities, told Catholic News Service March 25 that U.S. District Judge Edward Korman’s decision the day before was “worrisome in any number of ways.”

Judge Korman, of the U.S. District Court for the Eastern District of New York, said the Food and Drug Administration had “repeatedly and unreasonably” delayed a decision on whether Plan B should be available over the counter and had been swayed by politics in ultimately deciding to make the drug available without a prescription only to those 18 or over.

Ms. McQuade said the decision opens up the possibility of a 17-year-old male getting “emergency contraception” for his girlfriend – “whether she’s 17 or 12” – and subjects the young woman to taking “a very strong drug without any medical supervision.”

Plan B is “40 times more powerful than the birth control pill made of the same substance,” she added, but in Judge Korman’s decision “it’s treated like it’s candy.”

Plan B, containing a high dose of birth control pills, usually prevents pregnancy if taken within 72 hours of unprotected sex.

Judge Korman said the FDA must comply with his ruling by April 21. The decision came in a case filed in 2005 by the Center for Reproductive Rights and other groups.

In his ruling, Judge Korman said the FDA’s failure to approve Plan B for over-the-counter sales to anyone were based on the “political sensitivity” of the administration of President George W. Bush about the drug.

“These political considerations, delays and implausible justifications for decision-making are not the only evidence of a lack of good faith and reasoned decision-making,” the judge said. “Indeed, the record is clear that the FDA’s course of conduct regarding Plan B departed in significant ways from the agency’s normal procedures regarding similar applications to switch a drug product from prescription to nonprescription use.”

The decision also drew criticism from the Chicago-based Americans United for Life.

“Given legitimate concerns about the safety of self-medicating with Plan B, it is incomprehensible that we would allow a minor to walk into any pharmacy and obtain this drug without medical oversight or parental involvement,” said Charmaine Yoest, the organization’s president and CEO, in a March 24 statement.

Denise Burke, vice president of legal affairs at Americans United for Life, said the decision could have “severe and unintended consequences such as the continued exploitation and sexual abuse of young girls.”

“It is all too easy for this unsafe drug to be used by sexual predators and even the victims themselves to hide the abuse from parents and the authorities,” she added.

Catholic ethicists contend that because Plan B and other emergency contraception prevents a fertilized egg from becoming implanted in the uterus it has an abortifacient effect if fertilization has occurred.