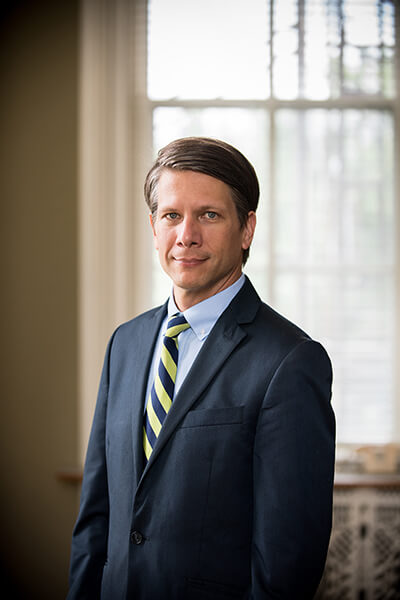 Archbishop William E. Lori has appointed Christian Kendzierski as the new Executive Director of Communications for the Archdiocese of Baltimore, effective January 25, 2021.  Christian is a lifelong member of the Archdiocese, and comes with a rich and extensive background in the field of communications, including public and media relations, marketing, and crisis communications management.

“We are delighted to have Christian join our team,” Archbishop Lori stated.  “His commitment to the Church, familiarity with the extensive and diverse communities throughout the Archdiocese of Baltimore, and broad experience and talents in the field of communications are ideal qualities for this position.”

For the past four years, Christian has served as Associate Vice President of Communications and Marketing for Notre Dame University of Maryland.  He previously served as Media Relations Director for Mount St. Mary’s University from 2007 to 2016. Christian’s 20-year career includes deep experience in media, including extensive work as Producer and Writer for such outlets as WBAL-AM radio, CBS News, ABC News, and the ESPN Radio Network.

“I am honored and excited to embark on this new chapter of my professional career, and to be able to continue working for the Church and the people served by the Archdiocese of Baltimore,” Kendzierski commented.  “There is so much good work being accomplished by Catholic institutions and communities throughout our state, and I look forward to sharing that good news with the broader community.”

Christian earned his undergraduate degree in writing and political science from University of Maryland Baltimore County (UMBC) and his Master of Business Administration (MBA) from Mount St. Mary’s University. He grew up in Baltimore, attended St. Anthony of Padua grade school, and graduated from Archbishop Curley High School.  Christian is a member of Ss. Philip and James parish in Baltimore and feels his early formation within the Catholic Church, the Archdiocese of Baltimore and his faith-filled home while growing up, were foundational in choosing his personal and professional paths.

He and his wife Meghan live in Baltimore County with their children Mileigh and Maxx and their two flat-coated retrievers. Christian likes to get outdoors, spend time on home renovation projects and finds happiness and challenges in the never-ending energy of his toddlers.