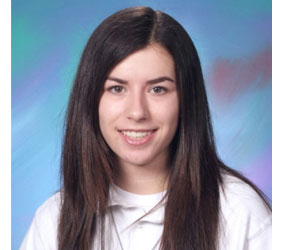 Emily Munn was surfing the website Facebook.com recently when she looked at the bottom right of the screen at the chat function. She saw a list of friends who were online at the time.

“I got so excited to talk her,” said Munn, a rising junior at Wilde Lake High School in Columbia of her friend.

Kerstetter had logged onto the popular social networking site from a South African hospital room. The Mount de Sales student has been undergoing extensive treatment on her lower extremities and arms after surviving a July 11 bomb blast in Uganda. She was in the country doing mission work with her grandmother, who was also injured in the blast, but has since returned to the U.S.

The majority of surgeries have been on her right leg and there were fears that she would have to lose that leg, according to her uncle, Dr. Randy Becker.

Her family is holding out hope that she will come back to the U.S. soon.

“Things could not have gone any better to this point,” Dr. Becker said of Kerstetter’s recovery.

The reality of Kerstetter’s medical expenses is coming into focus.

Shortly after the bombing, a fund was started at the Columbia Bank.

A site, GiveForward.org/kerstettersupport, has been created with the goal of raising $25,000 to offset the costs of medical and travel expenses for Kerstetter’s family. As of Aug. 2, nearly $4,600 (18 percent of the goal) had been pledged by visitors to the page.

“First, we want your prayers and thoughts,” Dr. Becker said. “There’s been an incredible amount of that. But, it’s going to be very difficult from a financial and social (standpoint) There a lot of issues they will be encountering that they have no clue about. Everybody is just trying to be as supportive as we can without infringing on their privacy too much.”

Her friends, including Mount de Sales rising junior Lizzy Sheffer, have organized a “swimfest” for Kerstetter at the Atholton Swim Club Aug. 21 in Columbia. The 9 a.m. to noon event will feature people swimming and raising money. The suggested donation is $10 per swimmer or $35 per family. Swimmers can donate themselves or have friends and family sponsor them.

The money will go to the Columbia Bank Fund that was set up for Kerstetter’s family after the bombing.

“It’s really about doing anything to help her,” Sheffer said.

“It’s so hard because you feel helpless that’s she’s halfway around the world,” said Munn, a student at Wilde Lake High School in Columbia. “You wish you could go to her and comfort her. Through fundraisers, you feel like can actually help out.”

Friends are hoping that one day soon, they will be able to see Kerstetter in person – not just online.

“I wish I could talk to her and hear her voice and her spirit,” Crawford said. “She’s in a lot of pain, but she seemed pretty well considering (what she’s been through).”