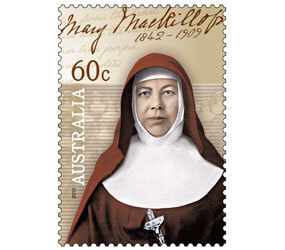 Blessed Juana Cipitria Barriola, 1845-1912, was a champion of education for girls and young women and founded the Daughters of Jesus with five other young women.

The Spaniard’s order now runs schools in 16 countries. She is known in some countries as Mother Candida Maria de Jesus.

Born into a humble family in Andoain, she left home at a young age to work as a domestic in Castilla to help support her family.

A biography on the Daughters of Jesus’ website said that although her own education was limited and she lacked financial resources, she believed she was called by God to help the young improve their lives through education. She even ran a special school on Sundays for girls who were employed as domestics, because Sunday was their only day off.

Living in Salamanca, an important center of Spanish education and culture in the 1800s, she and her friends founded their religious order in 1871.

She was beatified by Pope John Paul II in 1996.

Blessed Andre Bessette, 1845-1937, the founder of St. Joseph’s Oratory of Mount Royal in Montreal, will be the Holy Cross Brothers’ first saint.

Blessed Andre is known for his intense piety, famed for miraculous cures and praised for his dedication to seeing the oratory built.

When he entered the Congregation of the Holy Cross in 1870, his childhood parish priest, Father Andre Provencal, sent a letter to the novice master saying, “I am sending a saint to your congregation.”

For 40 years, Brother Andre served as the doorman of Notre Dame College, the community’s school in Montreal. He developed and spread devotion to St. Joseph and, through his healing touch, thousands of people were cured; he became known as the “Miracle Man of Montreal.”

Although her sainthood cause was initiated in the 1920s, it faced some serious hurdles, not the least of which was her brief excommunication and the temporary disbanding of her religious order, the Sisters of St. Joseph of the Sacred Heart. The nuns were committed to following poor farmworkers, miners and other laborers into remote areas of the country to educate their children. Local church officials disapproved of the sisters living in tiny, isolated communities – sometimes only two to a hut – frequently cut off from the sacraments in the remote Australian outback.

However, an Australian Broadcasting Corp. documentary maintains that part of the reason Mother MacKillop was excommunicated was because members of her order had exposed clergy sexual abuse of children in Kapunda.

Within a few months of the disbanding of the order, the bishop who had initiated the act lifted his censure, and a church commission cleared the sisters of all wrongdoing.

Mother MacKillop was the oldest of eight children, and as she grew into her teens she increasingly bore the burden of her father’s failed financial dealings. However, although Alexander MacKillop lacked business savvy, he provided his children with good educations, and Mother MacKillop carried that legacy with her in her work.

In 1901, during a trip to New Zealand, she suffered a stroke. Her health continued to decline until her death in 1909.

Blessed Giulia Salzano, 1846-1929, was the first city-paid school teacher in the Italian town of Casoria, near Naples. After school, she gathered students in the stairwell of her apartment building to teach them the catechism in preparation for their first Communion.

In 1905, she founded the Catechetical Sisters of the Sacred Heart of Jesus to continue her work, which already had expanded to offering religious education to children of all ages, to their mothers and to regular laborers at a time when religious instruction was limited to sacramental preparation or the private education of those who could afford it.

Before founding the order, she also organized and directed a workshop that specialized in making altar cloths and vestments for parishes in poor neighborhoods.

She served as a schoolteacher in Casoria for 25 years, but when she was forced to retire because of illness at the age of 44, she established a center for catechesis in the town and devoted herself to religious education full time. She founded her religious order 15 years later.

She died May 17, 1929, the day after giving a final quiz to a group of children she was preparing for first Communion.

Blessed Stanislaw Soltys, 1433-1489, devoted his life to caring for the poor in his native Krakow. He was famous as a preacher and confessor.

His reverence for the Eucharist earned him the title of “Apostle of the Eucharist,” and each day he took the Blessed Sacrament to sick and lonely people at a time when most Christians received it only rarely.

Born the son of a craftsman and magistrate, Soltys – called Kazimierczyk – lived and worshipped throughout his life at Corpus Christi Parish in Kazimierz, now a district of Krakow. He earned degrees in philosophy and theology from the local university but gave up the possibility of an academic career to join the Canons Regular of the Lateran.

His devotion to Mary, inherited from his mother, was expressed in weekly visits to a Marian shrine at Skalka, where he reputedly experienced a vision of the Madonna and child, promising him a “rich reward.”

When Soltys died, at age 56, exhausted by his work among the poor, his grave immediately became a place of pilgrimage, and there were claims of 176 miraculous acts within a year, according to a contemporary account.

Pope John Paul II beatified him in Rome in 1993, and his feast is celebrated May 5.

Blessed Camilla Battista Varano, 1458-1524, the illegitimate daughter of an Italian nobleman, was a mystic who had to overcome her father’s initial objections in order to enter the convent of the Poor Clares.

According to an autobiographical letter, when she was 8 or 10 years old, she heard a Franciscan priest preaching about Christ’s passion and made a vow that every Friday she would shed at least one tear for Jesus’ suffering. The practice became a powerful form of meditation on the Passion.

When she was 18, she felt called to enter the convent, but her father wanted her to marry. She was not able to join the Poor Clare convent in Urbino, Italy, until she was 21. She took the name Sister Battista (Baptist).

Her writings, mainly based on mystical experiences received while praying, include the “Treatise on the Mental Sufferings of Jesus Christ Our Lord,” which she initially attributed to an unnamed sister.

The central thesis of the book is that because Jesus was divine and his love for humanity was infinite, his mental suffering during his passion also was without limit.

She died during the plague in 1524. Almost 320 years later, Pope Gregory XVI recognized the uninterrupted devotion of the faithful to her, which in effect took the place of a beatification ceremony and allowed her to be referred to as Blessed Camilla.