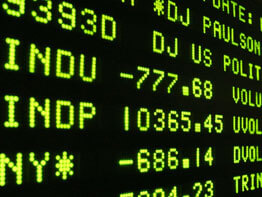 ROME – The financial crisis rocking the United States and sending tremors through the world financial markets is proof that placing profit before any other value is an attitude bound to fail, said the Vatican secretary of state.

“When God is ignored, the ability to respect the rule of law and recognize the common good begins to vanish,” Cardinal Tarcisio Bertone said Sept. 30 in an evening address to the Italian section of The Aspen Institute, which promotes values-based leadership on public policy issues.

“I think this is confirmed by today’s financial crisis,” the cardinal said.

When a person’s only goal is his own quick profit and when short-term profit is “practically identified as a good in itself, one ends up wiping out the profit itself,” he said.

Cardinal Bertone insisted that the Catholic Church did not want to impose its moral values on society and has no desire to dictate public policy, but it has an obligation to remind people that God created the world and that God is the final arbiter of what is good.

“Religion is not like smoking, which one can tolerate in private, but must be strictly limited in public,” he said.

The values the church promotes, he said, are those that correspond to human nature and to the dignity and truth about the human person created by God.

Without that firm reference to God, he said, “human action loses itself in vagueness and often ends up in the hands of the forces of evil.”

“Human nature does not change with parliamentary majorities nor with the passing of time (nor) with a change of latitude or longitude,” he said, which is why some values – like the sacredness of human life and the importance of the family founded on the marriage of a man and a woman – are “non-negotiable values.”