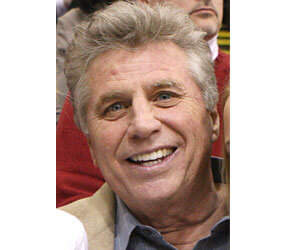 A man who tightened the fabric of the Archdiocese of Baltimore was remembered Oct. 1 at the Cathedral of Mary Our Queen in Homeland.

Thomas “Pep” Perrella, who used his Catholic education to carve out success as an athlete, coach and then as the caterer to many Catholic schools, including the cathedral’s, died Sept. 25, the day after his 59th birthday, following a nine-month struggle with stage IV cancer.

Father Benicewicz is the president of Archbishop Curley High School, where Perrella won soccer titles as a player and coach.

In his homily, Father Benicewicz recalled a fundraiser for Perrella last February, when more than 1,000 came to the school to support their friend, mentor and one-time rival, with the proceeds benefitting a scholarship fund for his daughters, Gabrielle and Ivy.

“Pep touched lives, changed lives and affected lives,” Father Benicewicz said. “After his diagnosis, he told me, ‘I’m blessed.’ … After a hard practice or game, he would always tell his players, ‘I love you, guys.’ He meant it.”

Both Father Benicewicz and Perrella’s sister, Ruth Barker, related an anecdote that told of his soft touch. When a familiar store clerk told Perrella that her family didn’t have the wherewithal for a summer vacation, he insisted that they use his home in Ocean City.

“He didn’t care if you were the bread delivery man, a window washer, a janitor or the archbishop, he treated you the same way,” Barker said. “Every day, he lived what the Gospel preaches.”

Perrella’s Catholic ties ranged from his first parish, the Shrine of the Little Flower in Baltimore; to Loyola University Maryland, where he earned an accounting degree and more soccer laurels; to Mercy High School, where he sent his daughters; and St. Francis of Assisi School in Mayfield, where he taught physical education and provided lunches.