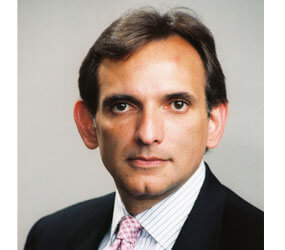 LOS ANGELES – As a student at Bishop Amat High School, Carlos Pascual never had an A-minus.

“Only all-A’s – and he took full honors courses,” said Merritt Hemenway, principal of the Catholic school in La Puente, about his former student who was nominated June 4 by President Barack Obama to serve as U.S. ambassador to Mexico.

Hemenway warmly recalled the nominee, a veteran U.S. diplomat who graduated from Bishop Amat in 1976 and who was taught math by Hemenway in 11th and 12th grade.

“We always knew Carlos was destined for greatness and we have proudly followed his career with the State Department,” Hemenway told The Tidings, newspaper of the Los Angeles Archdiocese. “He was one of those special kids who come along once in a decade.”

He also said Pascual, who is currently at the Brookings Institution in Washington but whose career includes several years of working at the U.S. State Department, was sophomore and junior class president. He also was in the leadership class that Hemenway taught for student council members.

Pascual joined Brookings in 2006 and is currently vice president and director of foreign policy there. Under his leadership, Brookings launched the Iraq policy project to assess current U.S. policy on Iraq and alternative options.

Before joining Brookings, Pascual was coordinator for reconstruction and stabilization at the State Department, where he led and organized U.S. government planning to help stabilize and reconstruct societies that were in transition from civil strife. From 2000-03 he was U.S. ambassador to Ukraine.

He also has been a senior director at the National Security Council, where he focused on post-conflict stabilization, international security policy, nonproliferation and economic development with a particular focus on Europe, Russia and Ukraine.

He also has worked for the U.S. Agency for International Development. He was coordinator for U.S. assistance to Europe and Eurasia, where he oversaw regional and country assistance strategies to promote market-oriented and democratic states.

A native of Cuba who emigrated to the U.S. with his parents, Gladys and Carlos, at age 3, the 50-year-old Pascual earned his bachelor of arts from Stanford University in 1980 and a master of public policy degree from the Kennedy School of Government at Harvard University in 1982.