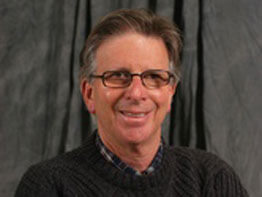 WASHINGTON – U.S. Catholic leaders are mourning the loss of Rabbi Michael Alan Signer, an important figure in Jewish-Catholic relations and a professor at the University of Notre Dame who died Jan. 10 after a long battle with pancreatic cancer.

Rabbi Signer was the Abrams professor of Jewish thought and culture and director of Notre Dame’s Holocaust Project, whose research focused on various aspects of Jewish-Christian relations, Michael Garvey, a spokesman for the Indiana university, told Catholic News Service Jan. 12.

“I would say his influence on Catholic-Jewish relations in the United States was of great importance,” said Father James Massa, executive director of the U.S. Conference of Catholic Bishops’ Secretariat of Ecumenical and Interreligious Affairs. “As a scholar of ancient Christian texts and as a teacher for a generation of students at Notre Dame, Michael brought a wealth of erudition and critical insight to the Catholic Church’s dialogue with Judaism.”

Rabbi Signer earned his bachelor’s degree in Hebrew literature from the University of California at Los Angeles in 1966, then a master’s in Rabbinic literature and Jewish history from the Hebrew Union College-Jewish Institute of Religion in Cincinnati in 1970, where he also was ordained a rabbi the same year.

He received his doctorate in medieval studies from the University of Toronto’s Center for Medieval Studies in 1978, and earned a doctorate of divinity from Hebrew Union College-Jewish Institute of Religion in 1996.

Before joining the faculty at Notre Dame in 1992, Rabbi Signer was a professor of Jewish history from 1974 to 1991 at Hebrew Union College-Jewish Institute of Religion in Los Angeles, where he taught courses in Jewish history, Jewish liturgy and Jewish biblical commentaries, Mr. Garvey said.

He participated in the priest-rabbi dialogue in Los Angeles and was one of the founders of the St. John’s Seminary-Hebrew Union College academic exchange, Garvey said.

Rabbi Signer taught Bible courses at St. John’s Seminary, where priests for the Archdiocese of Los Angeles are trained, and organized a series of retreats for seminary faculty from Jewish, Catholic and Protestant institutions in California, Garvey said.

As a visiting scholar, he taught at the Institut Kirche und Judentum at Alexander von Humboldt University in Berlin and at the Catholic theology faculty at the University of Augsburg, Germany, as well as at the Cardinal Bea Institute for Jewish Studies at the Pontifical Gregorian University in Rome, Garvey said.

In Poland he was the American Jewish Committee scholar at Catholic institutions of higher education in Warsaw, Lublin, Wroclaw and Poznan; he also organized international seminars at the Center for Dialogue and Prayer in Auschwitz and the Pontifical Academy of Theology in Krakow. In 2005 he was designated a “person of reconciliation” by the Polish Council of Christians and Jews, Garvey said.

In a Jan. 12 letter to Rabbi Signer’s widow, Betty, Cardinal William H. Keeler, retired archbishop of Baltimore and moderator of Catholic-Jewish relations for the USCCB, expressed his gratitude for the scholar’s contributions to Catholic-Jewish dialogue.

“In particular, I am grateful for his many years of involvement in local and national forums, where he spoke with eloquence and courage about the formative periods in the history of Jewish-Christian relations, and about the Shoah and the need for reconciliation between Jews and Christians,” Cardinal Keeler said.

“In many instances, Michael’s voice gave us as Catholics a critical reflection on the long-standing conflicts between our communities, but equally the hope for a brighter future in friendship,” he added.