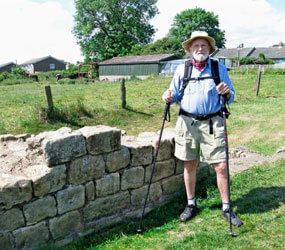 If it’s January, this must be the Bahamas.

That will be the mindset of some residents of Oak Crest, who can also sign up in 2011 with the community’s special trips coordinator for an April trip to Las Vegas, a series of planes, trains and automobiles to Mount McKinley in Alaska in June, or cruising the Intracoastal Waterway along the mid-Atlantic next October.

They have arrived at the stage of life where they have the freedom and resources to see the world, and settled in a community that is ready to feed their wanderlust.

“Many are at that stage when they have their health and a little extra money,” said Sherry Parrish, the resident life director at Charlestown. “There’s no job tying them down. We remove the burdens, the cooking, the cleaning, the chores. ‘I’ve done my work, and reared my children.’ Now, it’s time to play.

“We never lose our sense of adventure, and travel for many is a way of fulfilling that. TV teases, reading cajoles, but only travel takes you there.”

Here’s everything you need to know about the ambition and scope of opportunities in that department at some independent living communities:

The majority of the residents suggested by Charlestown and Oak Crest administrators as possible endorsers of their offerings could not be reached for comment. Most were on the road and not retrieving messages to their apartments in Catonsville and Parkville, respectively.

In 2010 alone, she organized a trip to Hawaii, cruises on the Danube River and the Mediterranean, and a rail tour of New Hampshire. In December, she has registered 32 residents for a bus trip and three nights lodging at the Greenbrier Resort in West Virginia.

“We have a group called Residents on the Go,” Howard said. “I meet with them every two months, get ideas on where they want to go and plan an itinerary. If they say, ‘let’s go to Disney World,’ I’m on it.”

Offerings cover a broad spectrum of nature, culture and budgets.

In 2008, a flight into Barcelona and passage on a small luxury liner that cruised to Egypt ran more than $8,000 for Oak Crest residents. Its most popular outing is a monthly day trip, up Interstate 95 via bus to Delaware Park, to pay the slots.

Howard’s counterpart at Charlestown, another Erickson managed community of 2,100, is Ellie Butler. She custom-designs trips, for as few as four residents to Italy and the Greek islands last month.

“Everyone is different,” Butler said. “We have travelers from their 70s to their 90s. What they share, the commonality, is a sense of adventure.”

That does not translate into taking risks.

“One of our greatest aspects is enhanced safety,” said Charlestown’s Parrish. “We travel in the buddy system. If you get sick, one call back home and your medical information is forwarded to wherever you are getting care. That’s a boon.”

For many, aging can be liberating. As Parrish put it, “There’s a phenomenon … ‘we’re free and we’re well.’ We might live long enough to not be well, and that awareness can lead one to desire to do things we couldn’t do before.”

For a few, that sense of independence includes striking out on their own.

Charlestown resident Barbara Walker has become a “VJ,” using the expertise of the in-house television studio to share video of her recent trips to Morocco and Norway.

In 2000, to celebrate his 70th birthday, Carroll Yingling and a friend followed the footsteps of pilgrims, hiking 500 miles from the French Pyrenees to Santiago de Compostela in Spain.

In 2006, the retired Methodist minister and his wife, Phyliss, moved to Charlestown. The couple, 80 and 79, respectively, hiked 84 miles in 10 days this summer along Hadrian’s Wall in northern England, a 2nd-century landmark of the Roman Empire.

Carroll ran midfield for the Johns Hopkins University lacrosse team in the early 1950s. He never squandered his physical fitness, but Charlestown helped ready he and his wife for their most recent walkabout.

“Walking doesn’t take much skill, but it does take lots of determination,” Phyliss Yingling said. “To prepare, we walked 5, 6 miles every day, from Charlestown to UMBC and around its track. We also go to the fitness center here pretty regularly.”