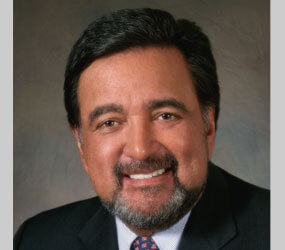 SANTA FE, N.M. – New Mexico repealed the death penalty March 18, after Gov. Bill Richardson had a change of heart about his long support for capital punishment.

Gov. Richardson said at the press conference where he signed the bill into law that he only decided that afternoon to sign it. As he considered it that morning, Gov. Richardson, a Catholic, said he went to Mass and then to visit the state’s high-security penitentiary where prisoners would serve out life-without-parole sentences in lieu of facing execution.

He said he also had met with murder victims’ family members who wanted the law to remain in place and weighed the fact that few nations in the world practice capital punishment, making the United States out of step with most Western democracies.

Reports by New Mexico newspapers and television stations described an obviously unsettled Gov. Richardson relating his struggle over whether to sign the bill. Long a supporter of capital punishment, Gov. Richardson said he had been re-evaluating his beliefs and his position for six years.

He said he concluded that the way capital punishment is implemented is simply too flawed to guarantee that everyone sentenced to death deserves the penalty. Gov. Richardson said he only reached his decision at 4 p.m. on the day he signed the measure to repeal it.

“Faced with the reality that our system for imposing the death penalty can never be perfect, my conscience compels me to replace the death penalty with a solution that keeps society safe,” Gov. Richardson said. Four New Mexicans who had been on death row were among 130 people in 26 states who were later exonerated.

The New Mexico law is not retroactive. The two men now on death row could still be executed. Cases currently being adjudicated and new capital crimes committed before July 1 also are eligible for capital punishment.

One of Gov. Richardson’s predecessors commuted the sentences of the five men then on death row just before he left office in 1986. Former Gov. Toney Anaya later said that as a Catholic his decision was the inevitable response to his moral and religious beliefs.

Mr. Anaya had granted two stays of execution during his term, but said he decided to commute all the sentences when it became apparent that his successor, Gov. Garrey Carruthers, intended to push ahead with executions.

New Mexico has since executed one person, Terry Clark, in 2001.

New Jersey abolished capital punishment in 2007. The legislatures of Maryland and Kansas both considered abolition bills this session, but neither one got the necessary votes to reach the governor.

Abolition bills are still pending in Colorado, Illinois and Montana after receiving support in at least one legislative committee.

Fifteen states will now bar capital punishment, though some states have not actively pursued executions in many years. New York’s capital punishment law was found to be unconstitutional in 2004, but there has been little support for passing a new law. No death penalty cases have proceeded since then.

In New Mexico, Gov. Richardson said his trip to the prison helped affirm that life in prison was indeed a harsh sentence.

“I went to the prison today to look at the conditions, the death chamber,” he said. “I wanted to see what imprisonment for life would look like. Those cells are worse than death.”

“I believe it’s the right decision. My conscience feels good, but I am still troubled,” Gov. Richardson said. He told reporters his office had received nearly 12,000 calls and e-mails on the bill. More than two-thirds supported the repeal.

New Mexico’s Catholic leaders and the U.S. Conference of Catholic Bishops had been among those pushing the Legislature and Richardson to repeal capital punishment.

Las Cruces Bishop Ricardo Ramirez was at Richardson’s side as he signed the bill. He said Richardson “has made New Mexico a leader in turning away from the death penalty with all its moral problems and issues of fairness and justice.”

The National Coalition to Abolish the Death Penalty issued a statement noting that New Mexico’s action aligns with values that call for respecting the sanctity of life as well as with “national values of fairness and equality before the law,” and with the practical use of time and resources where they can get the best results.

The coalition also noted that Rep. Gail Chasey, who introduced the repeal bill, also has introduced legislation to create a Murder Victim Family Services Fund and to give victims’ families time off work to attend judicial proceedings.