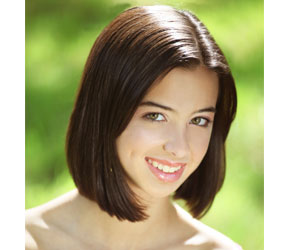 Maria Jones was a fourth-grader at St. Mary School in Hagerstown when she saw a commercial for a neonatology hospital. Images of women helping newborn babies flashed on the screen and seared themselves into her heart.

“I looked at my dad and said, ‘Yeah, I want to do that,’” remembered Jones, a 17-year-old graduating senior at St. Maria Goretti High School in Hagerstown.

“Just being able to save the lives of premature babies would be amazing and so rewarding,” she said. “You could make a difference when they’re not even a year old, so they can have 70 or 80 years of life ahead of them.”

Ever since seeing that commercial, Jones has dedicated her schooling to putting her on the path of becoming a neonatologist. She’s written numerous reports and completed projects on the subject and has examined what would be expected of her in the field.

Over the last four years, Jones has been among the top students at her high school and will major in biochemistry at Bucknell University in Lewisburg, Pa., this fall. After that, it’s on to medical school.

Knowing the demands of her future career, Jones said she made a conscious decision to put academics first. She spends at least three hours a night on homework and study – maintaining a 4.92 grade point average and receiving recognition as one of the Archdiocese of Baltimore’s “Distinctive Scholars” of 2011.

Even with her rigorous workload, Jones has found time to be involved in a wide range of extracurricular activities – serving as executive student council president, a writer for the school newspaper, a member of the yearbook staff and secretary of the thespian troupe.

Jones is also active in sports, serving as captain of the cross country team and a member of the swim and lacrosse teams. This year, Jones was on the cheerleading squad.

“Since it’s a smaller school, I have the opportunity to do all those different things,” she said. “I don’t usually have much time during the week to go do other random things with friends, but I leave my weekends free so I can do fun things and balance everything.”

A parishioner of St. Mary, Jones promotes the sanctity of life. She has participated in the annual March for Life in Washington for several years. Jones enjoys spending time in prayer at the perpetual adoration chapel located within walking distance of her high school. She believes her Catholic faith played a role in shaping her career dreams.

“I will be helping the babies who could have been aborted, but their parents chose life,” she said. “I can be inspired by the Holy Spirit to act as God wants me to act with my life.”

While she’s excited about the future, Jones said she will “definitely miss” St. Maria Goretti. The sole Catholic secondary school in Washington County had high expectations, she said, and the teachers offered support.

“I’m going to miss the environment of seeing smiling faces and knowing that I’m loved and I love everyone else around me,” Jones said. “I hope I get that from college, but I know I’m never going to have the same experience again. I’ll miss it a lot.”